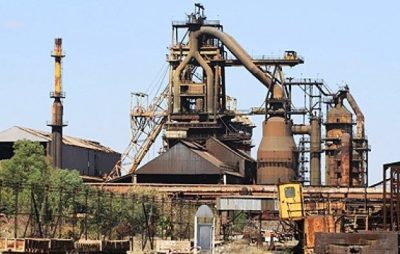 President Muhammadu Buhari has conferred the presidential merit award on Umar Tsoho, a civil servant, for saving the country from a N90 billion loss on the Ajaokuta steel project.

Tsoho was one of the 10 officers who were awarded the presidential public service merit award by the president at the 2022 Civil Service Day Commemoration, held in Abuja, on Thursday.

He was said to have refused to connive with some contractors to suppress vital information despite promises of gratification.

Tsoho, who was on the sub-committee on Ajaokuta Project Presidential Implementation Committee — which deals with the liabilities of the Ajaokuta Steel Company Limited — was honoured for considering the interest of the ministry of mines and the ethics of service, by presenting DMO bond settlement letters to the sub-committee, which saved the country the huge loss.

Buhari, who was represented by Mohammed Bello, minister of federal capital territory (FCT), said the action was in line with his administration’s anti-corruption crusade.

He also said his administration was working towards improving the value proposition of the civil service by setting up the presidential committee on salaries to harmonise salaries service-wide.

Another awardee, Cordelia Otuya, who is the chief legal officer, ministry of education, was honoured for successfully obtaining over 50 court judgments in favour of the ministry, with two of such judgements saving the ministry the payment of judgement debts amounting to N1.5 billion respectively.

Buhari expressed hope that the outcome of the committee’s work would provide the momentum for an upward review of the salaries of deserving civil servants — with the recent increase of the duty tour allowance of all civil servants as a starting point.

Buhari also launched the Federal Civil Service Strategy and Implementation Plan (FCSSIP 2021-2025) which was approved by the federal executive council in December, 2021, and a culture change video.