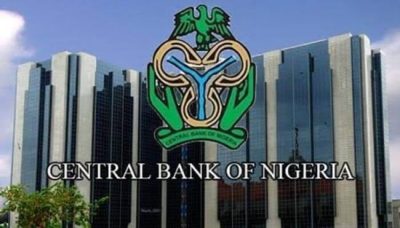 The Conference of Nigeria Political Parties (CNPP) has said that critics of the new cash withdrawal limits imposed by the CBN are missing the point on the key gains of the policy, especially ahead of the 2023 general election.

In a statement signed by its secretary general, Chief Willy Ezugwu, the CNPP stated that Nigerians are suffering today because of bad governance and every sacrifice towards getting the right leadership into offices from 2023 is worth it.

According to the CNPP, any process that will minimise the domination of the Nigerian political space by moneybags and corrupt politicians is worth whatever sacrifices by the ordinary citizens, who bear the brunt of bad governance the most.

“Secondly, information available in public domain shows how several millions, if not billions, of naira notes got mutilated and became of no use where the country’s thieving leaders stashed the cash, thereby denying the economy, especially the banks, the liquidity for productive enterprise,” it said.

The CNPP added that poor fiscal policies in the country over the years resulted from having the wrong persons in public offices due to electoral processes that abhorred level playing ground.

“Therefore, the CBN should be commended, rather than criticised, for the fresh cash withdrawal limits.

Mr. Godwin Emefiele as the CBN governor is unarguably the hero of Nigerian democracy and champion of good governance by virtue of the twin policies of redesigning of the naira notes and the reviewed cash withdrawal limits, with a perfect timing of the dates for implementation,” it stated.

The CNPP urged the President Muhammadu Buhari administration, and by extension, all security agencies and anti-graft bodies to act swiftly to ensure that no politician or highly placed individual influences banks to circumvent the cash withdrawal policy.

“We also call on all well-meaning Nigerians to support the CBN policy on cash control as part of efforts to secure the future of the country, particularly ahead of the 2023 general elections,” the CNPP stated.