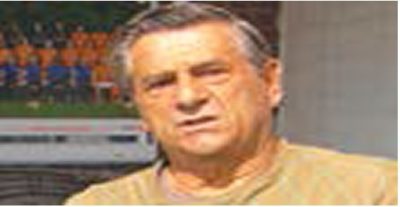 The Federal Government on Wednesday redeemed its pledge of a housing unit to former Super Eagles coach, Clemence Westerhof, 28 years after winning the 1994 Africa Cup of Nations.

The handing over, which was done by the Minister of Works and Housing, Babatunde Fashola, was received by family members of the recipients.

Dutchman Westerhof, now 82, was given a two-bedroom bungalow at the Proto-Type Housing Estate, Gwagwalada, Abuja.

Speaking at the handover ceremony, Fashola, represented by Director of Public Building, Ministry of Works and Housing, Solomon Labafilo, noted that the house allocation was a fulfillment of the promise the Federal Government made to the victorious 1994 Super Eagles side that won the Africa Cup of Nations in Tunisia in 1994.

He said, “We gather here to commemorate the formal handover of keys to beneficiaries of the promise made by the government to the victorious 1994 Super Eagles team over 28 years ago.

“This is a testimony of government’s resolve to ensure that Nigerians, irrespective of time, who made sacrifices to project the good image of the country, are recognised and encouraged to keep working for the corporate benefits of all.”

According to a statement signed by the ministry’s spokesperson, Mrs Blessing Adams-Lere, the minister explained that the government’s pledge to the 1994 Eagles remained unredeemed until the President, Major General Muhammadu Buhari (retd.) approved that all members of the team be handed over their houses.

He added that other beneficiaries were given the liberty to choose their allocated homes in respective states of their choice in the National Housing Programme estates across the country.

The PUNCH reports that beneficiaries who have collected their keys and title documents to their homes include Alloy Agu, Uche Okafor, Emmanuel Amuneke, Thompson Oliha, Peter Rufai, Efan Ekoku, Isaac Semitoje, Austin Eguavoen, Col. A. Asielu (retd.) and Late Stephen Keshi amongst others.

In his response, Westerhof, represented by Mrs. Charity Nankyer Biwet, thanked Buhari for fulfilling the housing pledge made to the 1994 Eagles and the coach, saying that it was a promise kept. (Punch)