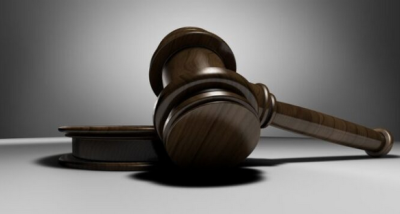 A federal high court in Abuja has struck out two suits filed by Bukola Saraki, former senate president, against the Economic and Financial Crimes Commission (EFCC).

The suits marked FHC/ABJ/CS/507/2019 and FHC/ABJ/CS/508/2019 also had the attorney-general of the federation (AGF), inspector-general of police, and Department of State Services (DSS) as first to third defendants, respectively.

The Independent Corrupt Practices and Other Related Offences Commission (ICPC) and Code of Conduct Bureau (CCB) were cited as the fifth and sixth defendants.

At the court session on Wednesday, none of the parties in the suit was present or represented in court.

Consequently, Inyang Ekwo, the presiding judge, struck out the suits for lack of diligent prosecution.

Saraki had filed the suit in 2019 seeking to stop the EFCC’s decision to probe his earnings between 2003 and 2011 when he was governor of Kwara.

The anti-graft commission had also seized some of Saraki’s houses in Ikoyi, Lagos, at the time.

However, Saraki, on May 10, 2019, filed the two suits before Taiwo Taiwo, a retired federal high court judge, to challenge the EFCC.

The judge had ordered the respondents to stay action on the probe pending the hearing and determination of the motion on notice filed by the applicant.

But the EFCC asked the judge to recuse himself from the case.

The case was later reassigned to Anwuli Chikere for adjudication.

Upon her retirement, the case was reassigned to Ekwo who struck out the matter for lack of diligent prosecution.

Tinubu’s wife will be in charge if he becomes president, says Naj’atu Muhammad