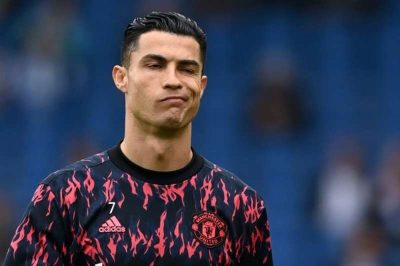 The Portugal star, 37, produced 24 goals in 38 games last season under Ole Gunnar Solskjaer and Ralf Rangnick’s team missed out on the Champions League by 13 points.

As a result, Ronaldo has made it clear that he wishes to depart from the Theatre of Dreams due to their inability to qualify for Europe’s premier club competition, with reported interest from Bayern Munich and Chelsea becoming rife in recent weeks as Ten Hag aims to complete his rebuild and shunt out stars who don’t wish to ply their trade at Old Trafford.

Ronaldo’s desire to play at the top level has been well noted for most of his career, and the star could depart for new pastures to compete at a higher level until he decides to hang up his boots.

But, as per the Daily Mail, Ronaldo has quashed rumours of an exit elsewhere after announcing on his Instagram that he is ready to take part in the game against Graham Potter’s side in the season opener on Sunday.

Ronaldo missed out on the tour of Asia and Australia due to ‘family reasons’, and has only featured in 45 minutes’ worth of action for the club.

Ten Hag subbed him in a bid to preserve his fitness or injury status should he make a move elsewhere in the coming weeks.

And, with the recent injury sustained by Anthony Martial, there is even more chance that the five-time Champions League winner will lead the line against a side that proved to be a difficult test last year.

Nigerians will vote candidate, not party in 2023 – CAN President