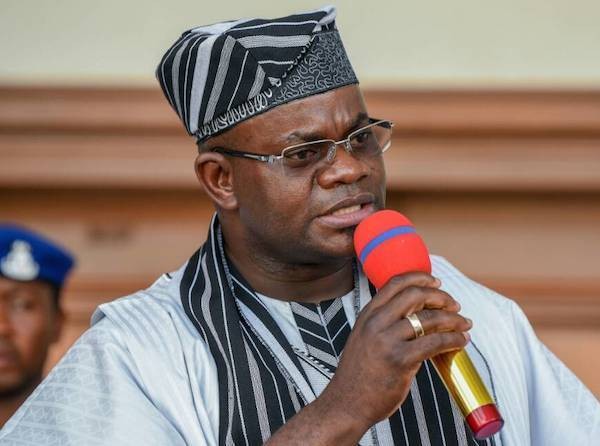 Kogi State Governor, Yahaya Bello has again called on Nigerian youths protesting against police brutality across the country to end the ongoing protests and enter a roundtable dialogue with government in addressing their various demands.

Bello made the call on Monday in his address to Nigerian youths which is the 5th in the series of his addresses to the youths since the commencement of their protests about 10 days ago.

He said the protesting youths have over the last 10 days demonstrated resilience and courage in making their demands known to the government, adding that was time leaders of the protesters come out to engage with the government.

According to him, it would be difficult for the governments at all levels to know who to interface with in resolving some of the issues if there are no leaders, adding that opportunists could hijack the gains of the protests.

“In like manner, the real leaders and spokespersons of these protests must also begin to ‘show face’ now to enable government at all levels know who to interface with.

“We cannot even appoint people into the various bodies being set up to address your demands without being afraid that opportunists who have no credibility with you are high-jacking it.

“May I therefore request that the protesters give us people to engage with, especially on the timeliest schedules for calling it a day which accommodates all reasonable demands”, he said.

The governor warned that notwithstanding the discontent and grievances being expressed by Nigerians, they must resist the temptation of using the current situation to seek an undemocratic change in leadership.

“It goes without saying that despite different levels of dissatisfaction with the status quo in our country among the citizenry, it is unwise to think that a change of leadership other than by clear-cut democratic means will be tolerated by citizens.

“Those interested in Mr. President’s seat must wait for 2023 and when it is finally up for grabs, they must present themselves to the Nigerian electorate, duly nominated as flagbearers for any party of their choice. It is as simple as that. Ditto for any other duly elected seat or office”, he said.

Bello said there have been calls on youths in Kogi State to engage in more protests, adding that while he’s not against peaceful protests in the state, he however advised youths against blocking major highways which could cause hardships to the citizens.

Pakistan province to block phones of the unvaccinated