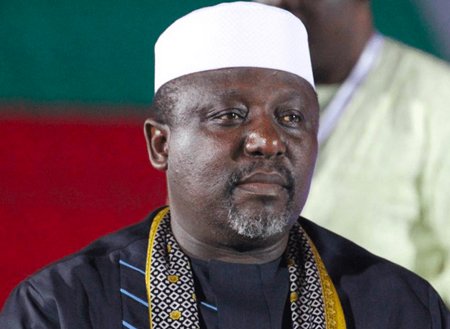 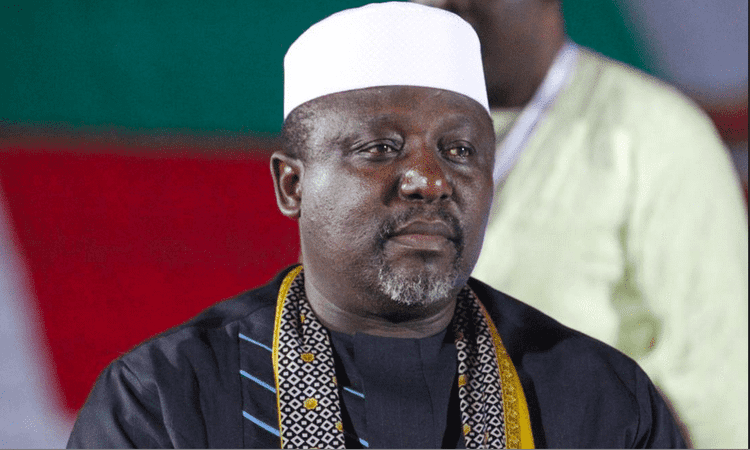 Following his arrest and arraignment of his loyalists in court by the Imo State government, former governor of the state and member representing Imo West Senatorial District, Senator Rochas Okorocha has warned Governor Hope Uzodimma not to take his peaceful disposition for cowardice.

The former governor, who explained the reason for going into his wife’s seized hotel and estate, said Governor Uzodimma might not end well as a governor if continued adopting violence and intimidation as his style of governance.

Addressing his supporters in his Spibat residence in Owerri, the state capital, Okorocha said before going into the sealed premises, he had informed the state commissioner of police and the director of the Department of Security Services (DSS) and they told him that they had no men posted in that place.

He said, “Before my going to Akachi Estate, I called the commissioner of police and the director of DSS and they said they didn’t know of any police or security personnel at the Royal Spring Palm Estate. So, that made me to visit the place to see who brought the police there.”

He added that upon his arrival to the estate premises, Governor Hope Uzodimma’s special adviser on special duties, Chinasa Nwaneri and the governor’s assistant on youths, Eric Uwakwe mobilised thugs, including policemen to attack him.

“I never expected that a governor of a state could deploy thugs. Hope Uzodimma is going the wrong way. He may not end well as governor.

He thanked the presidency for its timely intervention in the matter, saying the state would have been in blood bath by now.

Senator Okorocha, who questioned the act of the government house policemen, added that the Inspector General of Police should investigate the veracity of the policemen.

“I want to add that the Inspector General of Police should order the immediate arrest of Chinasa Nwaneri and Eric Uwakwe. They led thugs, matcheting my orderly and my staff. They also shot Uzor, my in-law, shattering his feet with bullets. The police were there watching all this because they came from government house.

“I also want the IGP to investigate to find out whether these people were real police men or thugs brought from outside and given police uniforms. I don’t think that any policeman would act in the manner that they acted yesterday. One of them, who was bearded and claimed to be a soldier, stabbed Samuel (his orderly) before me. I don’t think he is a soldier

“There was a complete breakdown of law and order yesterday. I don’t think that any sane governor would want to govern a state that is in chaos.

“The governor first reported matters to EFCC and ICPC, claiming that I used Imo State money to build some properties.

“When he could not make any headway about that, Uzodimma resorted to self-help, using the police to assist him

“Concerning the hotel in question, Hope Uzodimma’s commissioner for lands went to that hotel and sealed it. I requested my wife to come down home and invest for the purpose of creating jobs. I was never a poor man before I became governor and I brought my children to invest here because I believe in this state. Most of the people fighting me have no house in Imo State.

“The commissioner for lands arrested all the people there, including the lodgers and staff before even putting the padlock. And those people are still in police,” he said.

France to impose 10-day quarantine on South Africa travellers, others