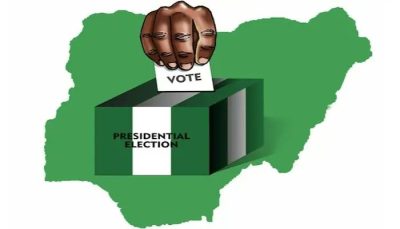 No fewer than 3.5 million students who registered for  the general elections, and whose polling units are sited in states outside their campusus, may be unable to exercise their franchise.

This is because they would be  be holed up in their various campusus during the elections, unable to travel to their polling units.

Investigation by Daily Sun reveal that most students backing preffered presidential candidates may miss the opportnity of casting their votes for them despite registering and collecting their PVCs.

The matter is made worse by the inability of their schools’ authorities to consider giving them break or vacation to participate in the polls.

Piqued by the situation , some  Nigerians have knocked universities and polytechnics for not considering academic break knowing that most of the  students registered during the prolonged Academic Staff Union of Universities (ASUU) strike outside their campusus.

The Independent National Electoral Commission (INEC) had in October last year, said students accounted for the 40 per cent of newly registered voters for this year’s polls.

Speaking  at the commission’s 2022 third quarterly meeting with political parties in Abuja, INEC chairman, Mahmood Yakubu said the total number of newly registered voters in Nigeria stood at  9,518,188 and that this year’s elections was for the youths.

But the possibility of these  youths, the majority being university and polytechnics students, voting is bleak as a review of the tertiary institutions academic calendars for 2022/2023 session showed that no provision was made for students to go on break to vote at their various polling units.

Investigations by our correspondents revealed that  universities, polytechnics and colleges of education are in session and would shut down by  March 2023 after the polls. Some have also schedueld their examinations during the period.

It is a trend that is not helped by the prolonged strike by members of Academic Staff Union of Universities (ASUU) in public universities.

A senior lecturers in one of the universities told Daily Sun: “It is not our responsibility to suspend lectures for students to go and vote but  the duty of the university senate.”

Chairman of ASUU, Ebonyi State University (EBSU), Dr. Ikechukwu Igwenyi, who corroborated this position said the union had no say in assisting students head for their homes or destinations where they registerd in order to vote, except the government issued an order to that efffect.

He said: “I doubt if schools will be in session because most likely, there would be a national call from the government for a holiday to enable people to travel to their registration centers to vote. For now, there is no plan for anything on that as far as ASUU is concerned.”

This uncertainty, is however,  generating ripples among students, who are eager to exercise their franchise during the presidential, gubernatorial and federal and state assemblies.

At Nnamdi Azikiwe University (UNIZIK), Awka, the revised academic calendar for 2021/2022 academic session for regular students showed that the second semester examination would commence on March 27 and end on April 6, 2023.

Public Relations Officer of the university, Chika Ene, said that information on whether students would be staying on campus during the elections or not would be released when the National Universities Commission (NUC) decides on that.

In  Abia State University, Uturu (ABSU) and Michael Okpara University of Agriculture, Umudike (MOUAU), the management of both institutions could not be reached for comments.

A senior staff in the registry department of ABSU, who did not want his name in print said the institution’s academic calendar remains what it used to be as in previous years and that there is no intention of closing it in February because of the general elections.

A staff in the public relations unit of MOUAU said the management has not taken any categorical decision on this, but that the institution would be guided by the decision of the Federal Government on the issue.

The Senate of the University of Ibadan (UI) is expected to decide whether the students would be allowed to go on holidays for the polls.

The modified academic calendar of UI for 2021/2022 session for undergraduates and postgraduate students, reveal that the ongoing first semester will end on Friday February 10, while second semester will begin on Monday February 20.

The spokesperson of UI, Mrs. Joke Akinpelu, when contacted on whether the institution would give holidays to students during the elections, said the Senate of the university is the one vested with the power to declare holidays.

If the academic timetable released recently by the University of Nigeria, Nsukka (UNN) is anything to go by, then, students and staff of the institution would be on campus during the general elections.

Daily Sun gathered that lectures and other academic activities would be on in UNN by the time the elections take place.

“Yes, going by our academic timetable, students will be on campus during the February and March general elections, but the school management is likely to review the timetable to enable staff and students to travel and participate in the election,” he said.

In Benue State, there are indications that the tertiary institutions would not allow their students to be disenfranchised.

At the Federal University of Agriculture, Makurdi, (FUAM), now Joseph Saawuan Tarka University, Makurdi, (JOSTUM), the Director of Information, Protocol and Public Relations (FUAM), Mrs. Waku Rosemary, who noted that the university is yet to come out with a decision said in the past, students were allowed to go and cast their votes while expressing optimism that the same would be done this time.

“The decision has not been made but by February, we are supposed to start exams. When the time table is out, those in charge will propose something but right now, it hasn’t come to the table of the VC yet but they will sure do something. Either they will finish exam before that date or they will go and come back. The students can’t be on campus, even before exams, they can give them a break for that. We have been doing it in the past and eventually, I believe that we will do that this year too,” she said.

The Vice Chancellor of University of Mkar, in Benue State, Prof. Zacharys Gundu was very explicit with his response she asked if his students would be on campus during the elections. “No. We will break for the elections,” he said in a telephone message.

When contacted, the Chairman of ASUU Benue State University chapter, Dr. Tarnongo Kwaghfan, said he cannot speak authoritatively on the issue as the VC would know better but the dean of Faculty of Social Sciences, Terkura Tarnande said: “It will be a big loss on the part of the university to allow students to go home.”

Meanwhile, the chairman of ASUU-JOSTUM) chapter, Prof. Simon Ejembi, has called of management of universities across the country to allow everyone time to go cast their votes.

Ejembi said, “People can take a day to go down to their voting points/villages, students, even lecturers, to go and cast their votes. There must not necessarily be a holiday declared for it.”

According to the Chairman of the Academic Staff Union of University (ASUU) FUTO chapter, Dr. Chinedu Ihejirika, the students are expected to speed up their learning, which will see them rounding off their semester and beginning another in March. However, he said the institution would make amends during the time for the elections to allow students to vote during the election.

Meanwhile, Nigerians on social media have called on tertiary institutions to allow students go and vote. A user, Nefertiti, said: “Millions of registered voters are students. They registered at home during the ASUU strike. The management of universities in Nigeria should allow students to go home before the election. Students should be with their parents during that period. Two weeks break will do.” Another user, Joy Ukaha, said, “Students need to be at home to pickup their PVCs for election. You all promised international bodies free and fair election. It is time to fulfill your promises.” (Daily Sun)

Why we are probing Tompolo’s Manager — EFCC