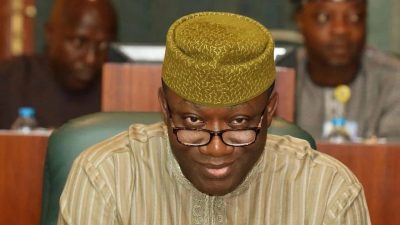 The federal government has again nominated Kayode Fayemi, governor of Ekiti, for the commander of the order of the Niger (CON) national award.

This comes eight years after the administration of former president Goodluck Jonathan nominated Fayemi for the same award.

Although the governor reportedly did not attend the award ceremony held in 2014, he adds the ‘CON’ title in his official statements, hinting that he received the award.

Others nominated for the CON award include Rotimi Akeredolu, governor of Ondo; David Umahi, governor of Ebonyi; Simon Lalong, governor of Plateau; Attahiru Jega, former chairman of the Independent National Electoral Commission (INEC) among others.

The awards will be presented by President Muhammadu Buhari on October 11, at an event scheduled to hold at the state house in Abuja.
(The Cable)