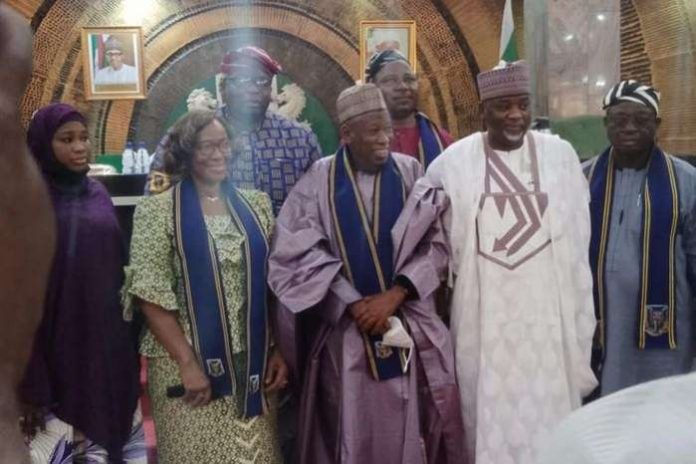 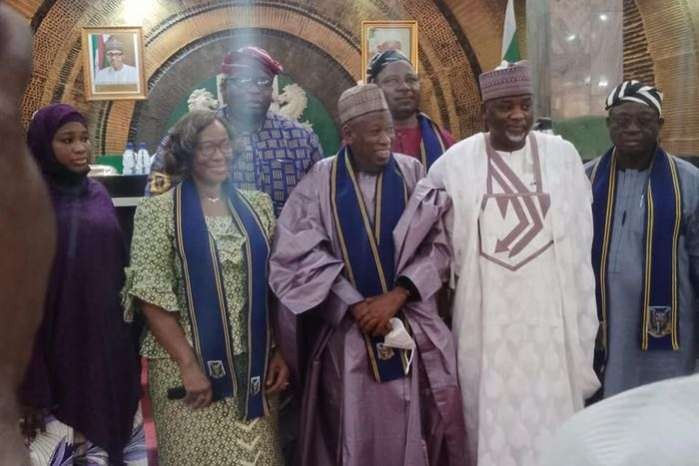 Governor Abdullahi Ganduje has accepted the invitation from the University of Ibadan to come deliver a lecture on governance.

Ganduje, who received his doctorate in Public Administration from the University of Ibadan in 1993, was captured in volume II of the book, authored by the University’s Alumni Association.

The President of the University of Ibadan Alumni Association, Professor Elsie Adewoye said Ganduje made the list because the association was impressed with the modest achievements of his administration in Kano state.

“We are very proud to say that you are one of the best products of the University of Ibadan. Your developmental programmes touch almost everybody in the state. As they are going on, we are sure that within the next short time your good programmes will touch each and every person in the state,” Adewoye stated this during a courtesy visit to the governor amid State Executive Council meeting held at Africa House, Government House, Kano, Wednesday.

She said the book has 262 pages, “His Excellency, Governor Abdullahi Umar Ganduje is among the Best 11 of our Alumni. This is very encouraging. We went around the state and we were highly impressed with the projects you executed in the state. As a matter of fact, we need such projects in all parts of the country,” she commended.

In his brief talk, the past President of the Alumni Association Dr Kemi Emina said “We are please inviting His Excellency, the Governor, to find time and come to Ibadan and give us a talk on Governance. We want you to come and tell us what Kano was before you came in as the governor. And how the state is now. We do understand that such talk on governance in contemporary Nigeria should come from national figures like you Sir.”

In his remarks, Governor Ganduje expressed his satisfaction and that of his government, over the visit of the Association.

Ganduje, however, accepted the invitation for delivering a lecture on governance, at a time to be announced at a later date.

He said: “I am pleased to inform you that I accept to come down to Ibadan and give a talk on governance, as you requested.”

Ganduje added that the lecture would focus on “Contemporary issues of governance, politics and policies, among others. As they all affect developing nations like Nigeria. It is here when we shall look at issues like policy somersault, policy reversal and policy failure. And in the area of implementation, we also have many things to discuss.”

However, the “lecture” has been described as a political move by analysts and social media commentators who claimed that it’s a replica of Tinubu’s colloquium moved to the North-West zone for the first time this year.

Many also claimed that the lecture is aimed towards projecting Ganduje for a vice-president ticket in 2023.