‘Gunpoint’ declaration of results over with 2022 Electoral Act – INEC 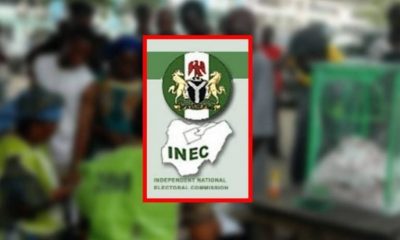 The Independent National Electoral Commission, INEC, has warned politicians that the era of snatching of ballots boxes, forcing returning officers to declare results at gunpoint and over voting has passed with the coming into operation of the 2022 Electoral Act.

According to Johnson Alalibo Sinikiem, the Resident Electoral Commissioner, REC, Section 65 of the Electoral Act has given INEC powers to invalidate any result adjudged to have been declared under duress by the Returning Officers.

The INEC chairman gave this explanation at the 2023 Correspondents’ Chapel of the Rivers State Union Journalists, NUJ, Press Week in Port Harcourt.

The INEC Chairman who was represented by Head of Voter Education and Publicity of the Commission in Rivers, Mark Osulo, informed that under the new Electoral Act no Voter can cast vote unless he or she had a Permanent Voter Card, PVC and captured by Bimodal Voter Accreditation System (BIVAS) on election day.

He said the Act also prohibits the use of Incident Forms to accommodate those who do not have PVCS.

“The job of INEC has been made easy because we would not witness snatching of ballot boxes and with the innovations on the Voting with the Bimodal Voter Accreditation System, BIVAS.

“I don’t think there will be violence. Section 65 of the Electoral Act has given INEC power to retract or invalidate a result declared under duress. Besides, there is no hiding place for INEC to manipulate results of elections.”

He further pointed out that with the use of BVAS there will not be room for over voting at any polling unit as only those verified and captured will vote.

He said the results will immediately be verified and uploaded into the INEC server.

Osulo therefore mocked politicians who are reportedly buying off PVCS because at the end those PVCS cannot be used.“Unless they are doing that to disenfranchise some voters. Anybody found in possession of a stolen PVCS will be walking straight into jail,” he said.

The INEC spokesperson also commended the media for their vigilance, persistent enlightenment and advocacy leading to the surge in interest of Nigerians to vote.He urged that such enthusiasm be replicated on the days of the Election so that they can vote for leaders they desire to govern them in next four years.

The Correspondents’ Chapel week had Dr. Jossy Nkwocha, Head of Corporate Communications Indoroma Petrochemical and Fertilizer Group and a veteran Journalist, who chaired the occasion, Chris Finebone, Rivers Commissioner for In Information and Communications and Erasmus Chukwuda, the Director-General of the Port Harcourt Chamber of Commerce, Industry, Mines and Agriculture (PHACCIMA) among others.