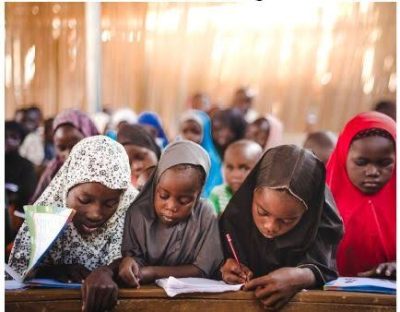 Wearing of hijab and beret in schools by students is optional, the Kwara State government has clarified.

The chairman of the state’s Teaching Service Commission (TESCOM), Mal. Bello Tahueed, made this clarification during a meeting with some stakeholders and principals of public schools in the Oyun local government area of the state.

The clarification followed the alleged refusal of some school principals in the Oyun local government area to allow interested Muslim female students wearing hijab access into their schools.

The TESCOM chairman warned school principals in the Oyun axis to abide by the policy of the state government and “desist from imposing hijab or beret on any student, instead, it should be made optional.”

He warned the school principals that the state government would not tolerate religious bigotry and also enjoined them to shun religious sentiments and respect the rights of individuals.

In his remarks, the president of the All Nigeria Conference of Secondary School Principals (ANCOPSS) in the state, Alh Toyin Abdullahi, expressed his displeasure over the development and urged his colleagues to maintain religious neutrality while resolving any issue in their schools.

In a reaction, the Muslim Media Watch Group of Nigeria (MMWG) condemned the action of the principals that prevented the Muslim female students from wearing hijab to schools in Oyun and Offa local government areas of the state.

The group in a statement signed by its national coordinator, Alh Abdullahi Ibrahim, urged Governor AbdulRahman AbdulRazaq not to allow religious bigots to turn the public schools into battle-field, adding that “the most culpable are the school principals and teachers using hijab issue to cause trouble in their schools.”