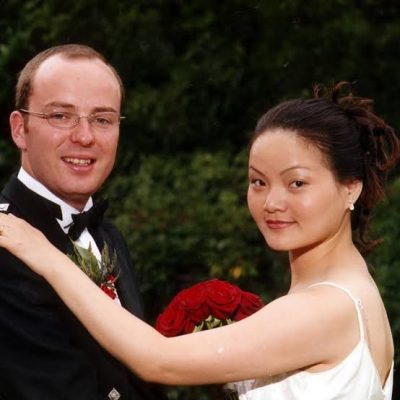 A 54-year-old University of West London lecturer, Dr Ying Zhang, stabbed his wife Hannan Xiao ten times in an attempt to kill her for trying to divorce him.

According to MyLondon, Zhang repeatedly knifed his estranged wife in the chest, back and neck with a kitchen knife in September 2021 outside their children’s school.

The brutal attack was said to have caused Hannan life-threatening injuries.

The report says jurors heard that the attack came after Zhang refused to accept the end of his marriage and was “in a state of cold fury” following her decision to file for divorce.

This came after several incidents of domestic violence, and Zhang was already the subject of a non-molestation order after he threatened to kill her in August 2020.

According to the news medium, the lecturer who specialised in computer science had been married to Ms Xiao, another “distinguished academic” since 2006 but their relationship had been “marred by domestic violence”.

On September 21, Ms Xiao attended a parents evening at her child’s school in Barnet at 7 pm. Despite Zhang not being invited or expected to attend, he had been notified of the meeting and Ms Xiao was left “shocked” to discover him waiting for her outside.

Under the pretext that his car had broken down, he asked her for a lift to High Barnet station to which she refused and said she was scared of him and would call the police. Hoping to attract the attention of passers-by by speaking English, Ms Xiao was prevented from entering her driver’s seat and then ran into the road to escape him.

Zhang allegedly stabbed her repeatedly with a kitchen knife while she tried to protect her chest and heart. A member of the public intervened and kicked Zhang to the side of his head, “effectively knocking him out” and stopping the attack.

Ms Xiao was rushed to the hospital in an ambulance and underwent emergency surgery for her life-threatening injuries.

Her estranged husband was arrested at the scene by police officers and was charged with attempted murder.

Jurors heard that the history of the couple’s marriage was a “rather dark tale” and that Zhang was a “controlling, domineering individual who did not accept the relationship with Hannan was over.”