I don’t have to ask for forgiveness from Mexicans – Messi 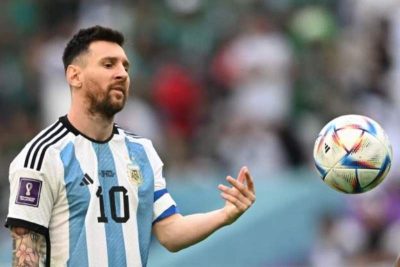 Messi helped Argentina bounce back from a shock opening defeat at the hands of Saudi Arabia in Qatar with a 2-0 win at Lusail Stadium on Saturday.

Video footage appeared to show Messi catching a Mexico shirt with his foot in the dressing room after that win, prompting a furious response from Canelo, though the boxing superstar later apologized for his comments.

Messi does not believe he did anything wrong and has nothing to apologize for.

“It was a misunderstanding,” he stated. “Those who know me know that I don’t disrespect anyone. These are things that happen in the locker room after the game.

“I don’t have to ask for forgiveness because I didn’t disrespect the people of Mexico or the jersey.”

Argentina wrapped up their Group C campaign with a 2-0 victory over Poland, with Mexico crashing out despite a 2-1 win over Saudi Arabia.

Lionel Scaloni’s side will face Australia in the round of 16 on Saturday.