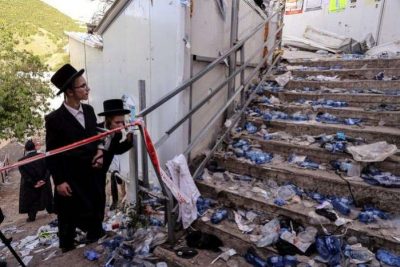 Israeli Prime Minister, Benjamin Netanyahu, on Friday announced a full investigation into the stampede at a Jewish religious festival in northern Israel that left dozens dead.

Netanyahu travelled to the site in the town of Meron, where he met police and others involved in rescue efforts.

He called the events one of the greatest disasters to befall the state of Israel.

He expressed sympathy to the families of the victims and wished those who were injured a full recovery.

Netanyahu also called for people to refrain from sharing rumors on social media.

Sunday is to be a national day of mourning, he said

Meanwhile, President Reuven Rivlin’s office called for those in search of the people still missing to contact the presidential office.

“We will make every effort to find them,” he said.

Six die as gas cylinder explodes at Abeokuta in Ogun