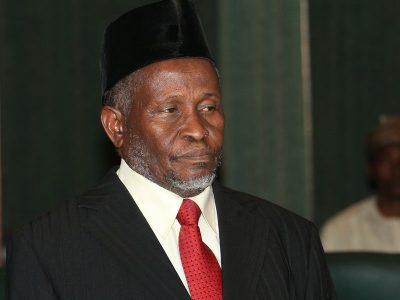 THE Senate, yesterday, confirmed Justice  Tanko  Muhammad as substantive Chief Justice of Nigeria, CJN, with the CJN saying the judiciary was corrupt and should be treated like other corrupt elements.Muhammad’s confirmation by the Senate came after over two hours of screening during plenary at the hallowed chamber, where questions were asked by the lawmakers.The screening, which started 11.40 am, ended at 1.20pm.Answering questions from senators, Muhammad noted that there was corruption in the judiciary as it was in the larger society, adding that he was not surprised that some judges were corrupt.According to the CJN, corruption is a two-way thing that involves both a giver and a taker.He recommended that same punishments must be meted out to corrupt judges as other corrupt elements in the society to serve as deterrent to other culprits.Muhammad, who admitted that the judiciary under his watch has challenges of corrupt judges, however, argued that corruption persists in Nigeria as a result of lack of stiff punishment for offenders.He pleaded with the National Assembly and state Houses of Assembly to help carry out a holistic review of criminal laws to make them stiffer for corrupt persons and those who engage in criminal activities, emphasising that some criminals preferred to go to prison to spend a few years than not profiting from crimes.Noting that it was the duty of the legislature to sanitise the society, the CJN said:  “Left to me, there is a need to look at our criminals laws again, with a view to dealing with corruption in the society.“Some criminals are couching on loopholes in our laws and I want to urge the legislators to amend laws to sanitize the society. In the 50 and 60s, up to 1975, you can open your door and sleep with your eyes closed.”He told the senators that if corruption must be eradicated in the judiciary, there was the urgent need for the arm of government to be granted financial autonomy.He noted that as much as the judiciary wants to clean up the society; it was greatly hampered by lack of financial autonomy.The CJN, who also made serious case for   independence of the judiciary, said some governors posed huge challenges to having independence of state judiciary, stressing that the legislature should tie all loopholes inherent in the nation’s judiciary.“Some governors deny monthly allocation to the judiciary while they take care of their political appointees. It is in my view that it’s only the legislature that can put things right in Nigeria,’’ he added.Justice Muhammad asked the legislature to sanitize the society with a wholistic review of Nigerian laws, and promised to project the judiciary and draw attention to the many challenges confronting it without going cap in hand for it.He said:  “I always say that Nigerian judiciary is part and parcel of Nigeria and I am not surprised seeing some judges being corrupt but must be treated same same way other corrupt elements are treated.”  (Vanguard)