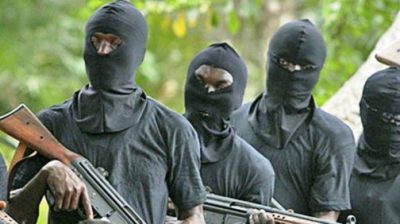 Mikaila Bello, the Oniku of Iku in Ikare Akoko area of Ondo State was on Thursday evening, kidnapped by Gunmen.

The traditional ruler was abducted while travelling back to the town from Akure, the state capital.

A local hunter who spoke to Peoples Gazette, however said the attack on the Ondo ruler occurred in the early hours of Friday.

According to the hunter, the gunmen ambushed the ruler and the other victims along Ago Panu on the Owo-Ikare road.

“The driver of the vehicle was stabbed by the gunmen, but we were able to rescue him alone and rushed him to the hospital,” said the hunter, who also serves as a vigilante in the area. “He is there receiving treatment now with wounds all over his body. Sadly, these people (Gunmen) are still lurking around our forest in Ondo.”

The kidnappers had yet to contact the victims’ families or demand a ransom.

Police spokeswoman Funmilayo Odunlami did not immediately respond to The Gazette’s request on the attack.