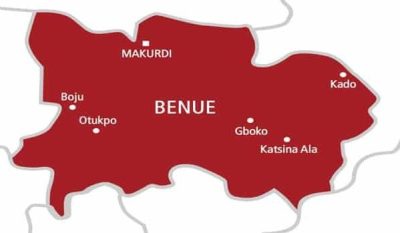 A Nigerian who lives in Gboko area of Benue State, Terhemen Anongo, has removed his two testicles over challenges he is facing with his libido and religious belief.

The 44-year-old man stated this when he spoke with newsmen in Makurdi, the Benue State capital, on the telephone.

Anongo had earlier in March 2021 removed one of his testicles.

He removed the second one last week Monday.

He told newsmen: “Yes, I went to remove the second testicle based on religious belief.

“I removed it on Monday.

“The first one had little hitches, but this one having learnt from that experience, I did (remove) it very well.

“Somebody is always coming to dress it for me.

“I am fine, there is no problem.

“I am only waiting for when the wound will be healed so I can remove the stitches.”

Anongo had last year said he removed his right testicle due to his sexual urge since he did not marry and also due to his religious belief.

He said: “You know how the issue of sexual urge torments one when you don’t have a wife, coupled with your religious belief.

“I am someone deeply involved in religion and I read about Origen Adamantius, one of the early church leaders from Egypt, who paid to be castrated so that he would not be bothered by sexual urge.

“It was in an attempt to do the same thing that I removed my right testicle, but there was a heavy flow of blood, so I abandoned it (castration) and rushed to hospital.”

To become president is my lifelong ambition, Tinubu tells Buhari