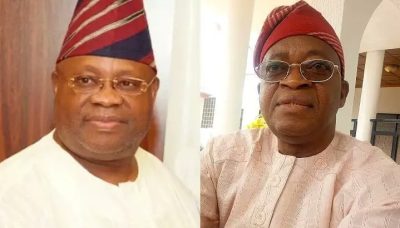 The tribunal Secretary, David Umar, confirmed that the tribunal has fixed Friday for the judgment.

Oyetola and the APC had alleged that the result of the July 16, 2022 governorship election in the state had over-voting in 749 polling units.

The APC also challenged the eligibility of Adeleke claiming that he was purportedly awarded a degree barely 24 days after he acquired an equivalent of an O’level result.