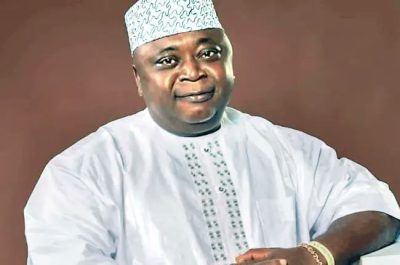 The four appeals instituted by one of the governorship aspirants, Jimi Lawal, and some ward delegates were dismissed on the grounds that the appellants had no cause of action.

In a unanimous judgment, Justice Kudirat Kekere-Ekun, dismissed the appeals following their withdrawals by the respective lawyers.

In one of the appeals, filed by Tayo Olabode against the PDP governorship candidate in Ogun State, Oladipupo Adebutu, the appeal was dismissed on the grounds that the delegates who filed the action lacked locus standi (legal right) to do so.

It was agreed that the delegates who claimed to have been disenfranchised in the PDP primary that produced Adebutu cannot initiate any court action against the primary since they were not aspirants in the election.

The apex court held that the law is clear that only an aspirant in a primary conducted for the purpose of nominating candidates for election, can lawfully challenge the outcome and not any other party member.

In another appeal, that was predicated on the failure to serve originating summon on the defendant, the court held that since the aggrieved defendant participated in the matter from the beginning to the end, the issue of service can no longer take the front burner.

The counsel in the appeals marked SC/CS/1601/22 and SC/CS/1602/22, Deji Eniseyin, had made concerted efforts to sway the justices to the side of the appellant, but succumbed when he admitted that his clients participated in the trial fully, though in protest.

Olabode, who led a team of the ward delegates, had in his suit on behalf of his colleagues, alleged they were disenfranchised from participating in the governorship primary. Specifically, he requested the court to quash the primary that produced Adebutu on the grounds that unlawful delegates conducted the primary.

At Tuesday proceedings, the justices put various questions to the lawyers in the appeals, which were answered negatively.

It was unanimously agrees in the open court that, notwithstanding the anger of the aggrieved ward delegates, they are not legally permitted to challenge a primary in which they were not aspirants.

Based on the findings, the appellant lawyers, comprising Chikwudi Enebeli and Eniseyin, said they were painfully withdrawing the cases of their clients.

Kekere-Ekun, consequently dismissed the appeals on the grounds that they have no legs to stand upon.

The apex court had, in a lead judgment by Ibrahim Saulawa, ordered speedy hearing of the suit after holding that the Federal High Court has jurisdiction to hear the matter.

In line with the Supreme Court’s order, on December 1, 2022,. a Federal High Court sitting in Abuja,   dismissed a suit by Otunba Adebisi Lawal, a PDP chieftain, seeking to remove Adebutu, as PDP candidate in Ogun State February governorship election.

Lawal and Adebutu had both lay claim as the gubernatorial candidate of the party ahead the general election.

The presiding judge, Inyang Ekwo, in a judgment held that he did not see any concrete documentary evidence by the plaintiff to support his claim that an unlawful delegates’ list was used by the PDP to conduct the April 30, Ward Congress in Ogun State.

The court noted that the plaintiff, by the suit, played a role of a spoiler, and held that the suit is a product of an after thought.

It was the opinion of the court that the plaintiff had in a further affidavit, included pleadings not contained in the originating summons.

“I have no reason to say the primary was invalid, null and void. Upon reviewing the evidence, I find that the plaintiff attempted to use a further affidavit to amend his originating summons.