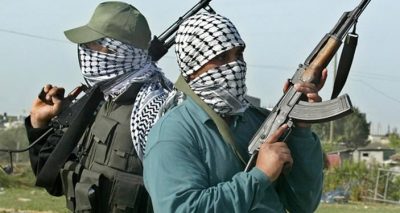 An indigene in the area, Mohammed Ibrahim, said the bandits later reduced the ransom to N5m, adding that people in the village had been trying to raise the money to secure the safe release of the victims.

“As we were trying to gather the money demanded by the terrorists, they sent another message this morning that they would not collect old naira notes.

“They said they would keep the abducted persons in their camps until the release of the new naira notes in December,” Ibrahim said.

Calls made to the state Police Public Relations Officer, SP Mohammed Shehu, and the state Commissioner for Information, Ibrahim Dosara, rang out.

Text messages sent to their mobile numbers were yet to be responded to as of the time of filing this report.

In another development on Tuesday, gunmen kidnapped a politician of the All Progressives Grand Alliance, Nduka Anyanwu, in Imo State.

PUNCH Metro gathered that Anyanwu, who is one of the party’s House of Assembly candidates, was campaigning with his supporters when the gunmen invaded the rally and whisked him away.

Narrating how the abduction happened, a source said, “The gunmen stopped him (Anyanwu) on the way as he was going to finalise arrangements for his polling agents. We are yet to ascertain where they took him to and the kidnappers are yet to make any contact.”

Contacted, the APGA Chairman in the state, John Iwuala, who confirmed the kidnap, said the politician had been freed.

Iwuala said, “Yes, our candidate was kidnapped early this morning, but just as we were about to report it officially, we heard that the kidnappers had released him. The kidnappers collected all he had with him as at the time he was kidnapped.”

The state Police Public Relations Officer, Mike Abattam, said he was yet to be informed about the incident.(Punch)