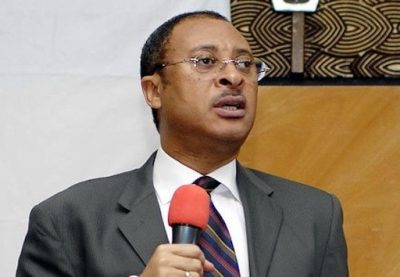 Professor Patrick Utomi has debunked rumors that he and some other people are forming a political party called Rescue Nigeria Project (RNP) to rival the Peoples Democratic Party (PDP) and the All Progressive Congress (APC).

The political economist spoke on Thursday on the sidelines of a press conference announcing winners of the Year 2020 Zik Prize in Leadership Awards. The event was organized by the Public Policy Research & Analysis Centre (PPRAC).

Prof Utomi while speaking said the group is simply more interested getting competent leaders into office, irrespective of the political party platform.

“No, I don’t think it (Third Force) is going to be a political party. We need to gather some of these movements, moving towards a better society,” Utomi said.

Sen. Lee Maeba, who is also listed among those forming RNP disassociated himself from plans to float any party ahead of the 2023 general elections.