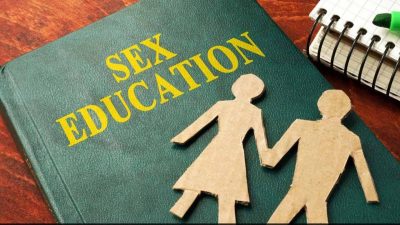 I’m not used to writing rejoinders to things I read about but I couldn’t keep quiet after reading the open letter to the Honorable Minister for Education by Mrs Bisi Fayemi. Unlike you, I was elated, overjoyed and felt vindicated when I learnt that the Honorable Minister has directed the NERDC to remove sex education from the basic education curriculum.

For a long enough time we have had a minister who says that the true teachers of this sensitive topic are the parents and this should be applauded. You cited the story of 13-year-old Tanwa who was pregnant for her neighbour due to her ignorance. While I sympathize with the teenage Tanwa who is forced to become a mother so early, your placing the blame squarely on her ignorance rather than on the paedophile adult doesn’t make a case for your position.

You posited that because both parents have to work hard to feed, shelter and clothe their children, they cannot be expected to school their children in morals. I strongly disagree. I ask: which comes first? In your standing to point fingers at some religious leaders who should not be left with young children you inadvertently expose the fact that “a good number of teachers who populate the Education architecture that you (the Minister) are responsible for are also guilty of misconduct when it comes to the sexual exploitation of children”. Thank you for making an ironclad case to remove sex education from classrooms.

We can trace our moral decline to the introduction of Family Life Health Education which is the Nigerian version of Comprehensive Sexuality Education in our schools. Where under the guise of letting children know about their bodies they are taught that sex is a right and it’s a means of expressing affection but they failed to emphasize when this should be used; Children are being brainwashed to see the sacred means of married people to bring forth offspring as a means for recreation, pleasure and exploitation.

When children as young as nine years old are shown pornographic images and listen to explicit content that ends up confusing their minds, belittling the marriage institution and eroding parental rights. This conditioning ultimately puts them on a roller coaster search for true love, a cul-de-sac of depression and self-loathing when and if they discover the truth. Not to mention the high rate of sexually transmitted diseases, abortions with attendant health risks, psychological issues etc.

I dare say that our society is not a socialist state where children belong to the state. Parents are the primary educators of their children and should be respected as such. The countries where CSE has taken deep root like America are battling a hydra-headed monster like LGBT, post-term abortions etc not to mention the icy winds of demographic winter that are strongly felt there where people prefer to have animals and pets in place of having children.

The survival of our great nation is closely linked to the health (physical, spiritual and moral health) of our Young Ones. Let us help them to stay healthy. Sex Education should be left in the hands of parents!

There are resources that parents can acquire to help in this regard; one of which is the Human Dignity Curriculum. It is an excellent means of teaching children without confusing them or sexualizing them.

George-Ufot is an architect in Lagos.

TINUBU: The obsessions of David Hundeyin