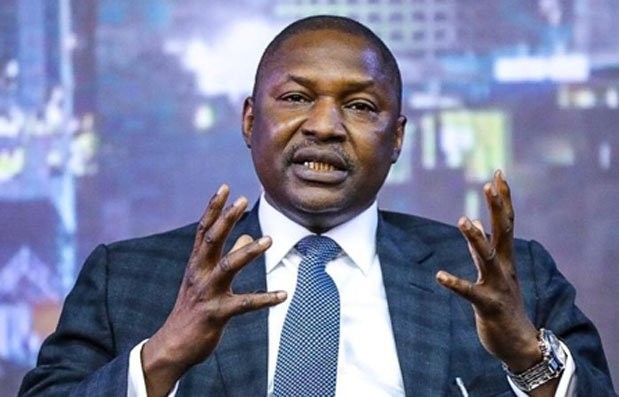 Abubakar Malami, attorney-general of the federation (AGF), says he will “gladly” testify before the presidential panel investigating Ibrahim Magu, suspended chairman of the Economic and Financial Crimes Commission (EFCC).

The AGF said he would appear before the panel if summoned in line with the Buhari administration’s respect for the rule of law.

Magu is being investigated by the panel, headed by Ayo Salami, retired president of the appeal court, over allegations of corruption which Malami levelled against him.

The AGF had accused him of “not acting in the overall best interest of the country and the policies of this administration due to its mismanagement and lack of transparency in managing recovered assets” among other allegations.

Last week, Wahab Shittu, Magu’s counsel, wrote to the presidential panel asking it to summon Malami to prove the allegations he accused his client of.

Speaking during an Arise TV programme on Wednesday, the AGF said he is willing to be examined by the panel.

He added that he has responded to summons by various panels in similar investigations, and so, “the case of Salami will certainly not be an exception”. (The Cable)

Tacha’s Fans Run Riot In Festac As She Celebrates 900K…