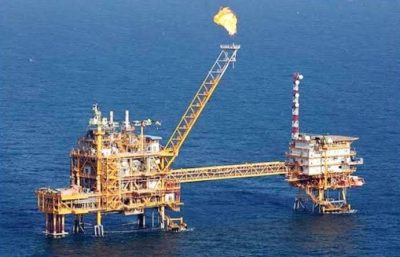 For the second month running, the number of active oil rigs in the country remained unchanged in May, amid a record low production of 1.024 million barrels per day (bpd) for the month.

Still struggling with production challenges, a THISDAY check showed that the only time in recent history that Nigeria experienced such abysmally low drilling activities was in the heat of the Niger Delta crisis circa 2016.

Latest figures from the Organisation of Petroleum Exporting Countries (OPEC) indicated that like the case in April, the country was able to report 11 oil rigs as active throughout the month.

In recent months, the country’s active rigs have progressively decreased, but was made worse after Nigeria began shutting down many of its offshore platforms as oil prices took a downward slope and the producers’ group embarked on production curbs to stabilise the market in 2020.

Historic rig count figures earlier obtained by THISDAY showed that for instance after the OPEC directive for production curbs in April 2020, in the heat of the pandemic, the following month of May, 2020, the country’s producing oil rigs fell from 16 to eight and two months later, in July, it fell further to six.

In January 2021, only six rigs produced while in February, it was seven; in March, it fell to six again, while in April 2021, total rig count was just five. In the oil industry, the rig count is a major index for measuring activities in the upstream sector.

Also recently, a THISDAY review showed that Nigeria is producing far less oil than it did 25 years ago when the estimated population was lesser than what it is today and government spending was far below what it is in 2022.

A comparison of the country’s average oil production per day in 1997, as indicated in the NNPC yearly statistical bulletin, showed that while Nigeria pumped 2.344 million barrels per day, plus condensates over two and a half decades ago, this figure was halved last month.

Furthermore, while 26 rigs were in operation, on both onshore and offshore terrains, in 1997, Nigeria as at January this year had just about 12 active oil rigs, with about half of them not in use, and fell to 11 last months.

But still in the oil upstream activities for the month, Algeria, another African oil-producing country, increased its rigs by six to hit 34, at six, Angola’s was unchanged, Iraq added two to hit 48 while Saudi Arabia increased its own rigs by eight to sustain its leadership at 78 rigs.

For non-OPEC countries, the United States had 719 oil rigs in May, a hike of 25 rigs while Canada and Mexico had 93 and 43 active rigs respectively.

In all, with the latest figure released by the OPEC, it means that Nigeria’s underperformance was as high as 700,000 barrels per day for the month, although the cartel’s total allocation to Nigeria exceeded 1.75 million bpd for the May.

Despite assurances by the various government agencies, what the OPEC figures imply is that rather than improve, the country’s oil production has actually deteriorated in the past months.

But the OPEC data has now confirmed that the action has not made any difference, as nothing appears to have changed since the rejigging of the security arrangement in the region.

There seems to be no respite in sight with the current waning investment as rich countries and renewables-minded investors continue to pile pressure on multinational oil companies to stop the funding new oil activities abroad.

For years, Africa’s biggest oil producer, has not markedly expanded its capacity despite promises that “we are doing everything” to ramp up production.

With over 37 billion barrels of crude oil in reserves and roughly 2 per cent annual production as well as an estimated 50-year total life, if there are no new discoveries, Nigeria remains one of the most significant oil producers globally at 15th position.

Of the 1,735 rigs existing count globally, according to OPEC, 1,379 are oil, 328 are for gas while 28 are classified as others. OPEC has 13 members of which at least two are not currently being rated due to political problems in their countries.

Aside the positive correlation between number of rigs and oil production, there are also many jobs attached to rigs when they are operational, meaning less rigs, less jobs in the oil sector.

A recent document released by the upstream commission showed that although Nigeria’s rigs could be as many as 53, less than 20 per cent of that number has been near active in the last few months, while 25 are on standby and 16 have been “stacked” (may or may not be operable).

In terms of terrain, of the 53 rigs, 33 are onshore, 11 are offshore while nine are found in the swamps.

With big oil companies planning to embrace renewables, the challenge of getting the needed investment in a country like Nigeria which is rated low on its business friendliness may become even more difficult coming years, THISDAY recently reported.
(Thisday)

Saraki set for showdown with terminal operators over…