BBNaija 7: Khalid, Phyna, three others up for eviction 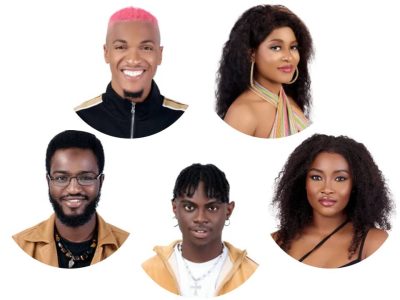 Big Brother Naija housemates, Phyna and Khalid, have again been nominated for possible eviction from Big Brother Level Up house.

Both housemates were up for eviction last week, but were saved by viewers. Also on the list are Bryan, Ilebaye and Groovy.

The five housemates were put up for eviction by Adekunle who won the Head of House game on Monday evening.

Adekunle became the third Level 1 housemate to emerge HOH in this edition of the show.

On why he chose the housemates, Adekunle said Khalid has always been a strong contender during the games. He included Ilebaye on the list because of complaints about her attitude towards Level 1 housemates during Saturday night party.

He further explained that Phyna is like the foundation of Level 2 house, and that if she’s removed, the team will crumble.

He said Bryan being a strategic game player is also a threat, while Groovy’s strong personality makes him a threat as well.

At least one of the nominated housemates will leave the Big Brother house next Sunday.

Meanwhile, in a refreshing twist to Big Brother Naija season 7 edition, Biggie, on Monday, moved Level 2 housemates from multi-coloured apartment to the black and white apartment, while Level 1 housemates moved in opposite direction.

The switch is one of the twists and turns Biggie is bringing to this edition of the reality show.

During the eviction show on Sunday, Biggie introduced ‘Riders’ for the first time in the show.