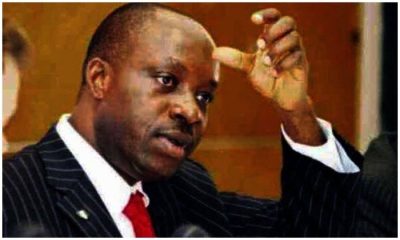 The Federal High Court in Abuja has stalled judgment in a suit seeking disqualification of the governor-elect and deputy governor-elect for Anambra State in the November 6 governorship election, Prof Charles Soludo and Onyeka Ibezim.

The judgment was initially fixed for today, November 30, by Justice Taiwo Oladipupo Taiwo of the Federal High Court in Abuja.

A notice just sighted in the court room showed that the Judge will not sit today as earlier scheduled, hence, the 24 hours adjustment of the court verdict.

No reason was given for shifting of the judgment in the suit marked FHC/ABJ/CS/711/2021, but the notice apologized to lawyers involved in the legal battle and urged them to bear with the court.

Plaintiffs in the suit, Adindu Valentine and Egwudike Chukwuebuk are claiming that Soludo provided false information in the affidavit (Form EC9) he submitted to the Independent National Electoral Commission (INEC) and thus should be deemed unqualified to stand for the election.

Defendants in the suit are the Independent National Electoral Commission INEC, the All Progressives Grand Alliance (APGA), Soludo and Ibezim.

At the time of this report, followers and sympathizers of the governor-elect, as well as his political associates who have stormed the court as early as 8am, are leaving the court one after the other due to the unexpected development.