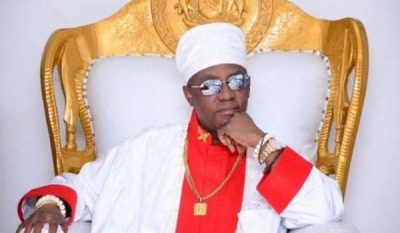 Muslims in Edo State have backed the Oba of Benin, Omo N’Oba N’Edo Uku Akpolokpolo, Oba Ewuare II, on the return of the looted 1,130 Benin artifacts being expected from Germany.

The faithful on Wednesday through the Chief Imam of Benin, Alhaji Abdulfatai Enabulele, pledged the support of the Muslim community for the first-class monarch on who would take custody of the Benin cultural heritage looted in 1897.

Enabulele was accompanied by other Muslim leaders to pay Sallah homage to the Oba of Benin.

He said: “We, Muslims, do not support what is not right and what will cause conflicts, problems and crises. We will always support what will bring peace and development.

“Anyone who will want to do things that are not right, God should change the person. You do not challenge or contest with the Oba in Benin Kingdom.

“We are not in support of the plan by the Edo State Government to house the artifacts at the proposed Edo Museum of West African Arts (EMOWAA), instead of the Benin Royal Museum, since the Oba of Benin is the chief custodian of our revered culture and tradition, as well as the looted artifacts, wherever they are in the world.

“We wish to condemn the double standard by some persons in Edo State over the proposed return of the looted artifacts. Any other move outside the proposals of the Oba of Benin will only be for personal interests, which can fuel crisis in Benin Kingdom.”

The chief imam said some artifacts were returned in 1938 and 2013 during the reigns of Oba Akenzua II and Oba Erediauwa, and were brought to the Benin palace and not somewhere else.

He said the case could not be different from the looted artifacts being expected from Germany.