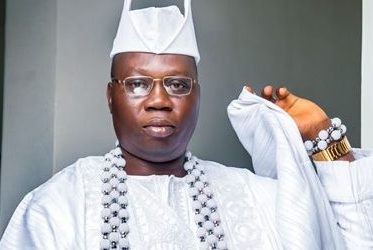 Reacting in a statement by his Special Assistant on Media, Kehinde Aderemi, Iba Adams urged the Federal Government not to trivialise  issues of agitations, saying the call for a Yoruba nation came to the front burner in Nigeria’s  political history because of growing injustice, nepotism, corruption and maladministration in the various sectors of the country.

Aare Adams, while picking holes in the manner by which the Federal Government had treated Igboho in recent time, expressed sadness over the way the FG had trampled upon the rights of the Yoruba nation activist, declaring that government must be fair in handling his case and that of other agitators.

Wondering how the Federal Government has decided to dissipate so much energy in clamping down on agitators of self determination, Iba Adams however, maintained that the country would have been a lot better for the mass of the people if such energy had been used in dealing with the various problems bedevilling the country in all areas, including  economic, political and social challenges as well as the rising spate of insecurity.

“I feel bad when the news of his arrest broke out on Monday evening and I started monitoring unfolding events. But I think the FG should be fair to the young man because any attempt to trivialize issues of agitations might set this nation on fire. For example, the issue of self determination didn’t come up overnight. It was as a result of the long years of injustice, nepotism, and corruption occasioned by bad leadership. So, the FG will be making a big mistake if it decides to treat agitators of Yoruba nation as common criminals or enemies.

“Igboho has a right to his freedom. There is nothing bad for him to seek asylum in Republic of Benin, and he is entitled to seek refuge in a foreign land if he thinks his safety cannot be guaranteed here in Nigeria. He is still a freedom fighter, and had never been violent in the struggle. So, FG must must stop hunting him around like a common criminal. He deserves his liberty under the law, that is why the Federal Government must handle his case with a lot of care. Besides, the Government of the Republic of Benin has a duty to also protect him under the law,

“The Extradition Treaty of 1984 between Togo, Nigeria, Ghana and Republic of Benin excluded political fugitives. It also states that where the fugitive will not get justice because of discrimination and/or undue delay in prosecution, the host country should not release the fugitive, “

“Now, Article 20 of African Charter on Human and Peoples Rights to which the four countries were signatories made agitation for self-determination a fundamental right to be protected by all countries. This made Chief Sunday Adeyemo a political offender who cannot be deported and/or extradited by the good people of the Republic of Benin for any reason.”

Igboho’s case is gradually exposing  FG’s  plan to clamp down on all agitators and that is undemocratic, and also capable of turning government to tyranny of the majority, especially, from a  government that came to power with a lot of hope and support from the people of the South-West.

“Right to self determination is also entrenched in Article 1 of the United Nations Universal Declaration of Human Rights and the African Charter on People’s Right.”

Iba Adams, however, urged the Federal Government to work out a well defined and articulate modality to accommodate the views of other well-meaning Nigerians, saying the forlorn that came with the issues of electronic transmission of election results had exposed the National Assembly that federal lawmakers are not in tune with the realities of the global community.

“Democracy thrives when there is a free and fair election. In other climes, transparency is an integral part of election process. But here in Nigeria, it is a different ball game because we usually shy away from the reality of the present situation in the world. However, we cannot continue to live as if we were in the dark ages when there was no access to information, when there was no communication facilities like mobile phones and other facilities. This is 21st century, and it is an information age where countries of the world live and thrive on information. Therefore, it is sad to know that our lawmakers, who daily use mobile phones, operate mobile banking system with various network services, are now giving unnecessary excuses on the use of electronic transmission of election results. It is sad”.