In terms of achievement, performance, Tinubu is not Obi’s mate – Onanuga 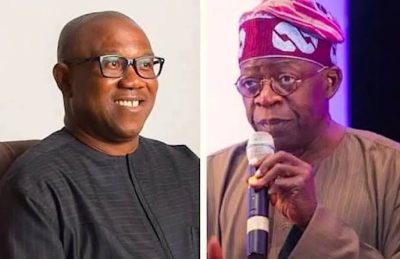 Onanuga said the the APC Presidential candidate would campaign base on his record as governor of Lagos State.

“After Obi ended his second term, a major national newspaper remarked that despite Obi’s eight years, Awka, the state capital remained largely an underdeveloped capital and he left it the same way he met it.

“It was only his successor, Obiano who developed the state capital and later improved it with an airport. Obi didn’t do all that to attract investment to that state, and remarkably when Obi was governor and he used the state money to invest in NEXT Supermarket with branches in Abuja and Port Harcourt, he didn’t consider having a branch of the martin Awka,” said Onanuga, in an interview with The Guardian.

According to him, “What we keep telling those following him is that this man did not drop from heaven; he’s been a state governor, what are his records? You must follow a person based on his records, the so-called Obidients, are just following him blindly?”

Onanuga added: “As for Atiku Abubakar, he was elected a governor but he never served for one day until he became Vice President of this country. What were his records? Obasanjo gave him the responsibility to supervise the privatisation programme and what was his record?

“In Obasanjo’s book “My Watch”, he defined Atiku with many unedifying words. Recently, he said his greatest regret was picking Atiku Abubakar as his running mate and Vice-President.

“So, the way Obasanjo painted Atiku’s records as a public official, he’s not someone who has anything to show, or records to point to unlike Bola Tinubu who was governor of Lagos from 1999 to 2007, and he did a lot of things, turned the fortunes of Lagos around.

“Don’t forget that ahead of this coming election, and currently, in Nigeria, one of the major challenges we are facing today is the revenue problem. Who can best help Nigeria to solve this problem, generating revenues, blocking all leakages and ensuring that our revenue data keeps going up?

“We have seen how various agencies don’t remit what is due to the government but with Tinubu in the saddle, this unbearable trend will change, considering how he was able to turn around the economy of Lagos State by improving the state’s internally generated revenue that today is unmatched in Nigeria,” he stated.

Onanuga debunked insinuation that Tinubu has health challenge, saying “Our candidate has no health problem. Look, he’s 70 years old, he had a knee problem and he went for an operation. He didn’t go to attend to cancer or any other health problem. He had successful knee surgery and he’s back on his feat.

“If you have seen him in recent times when he goes to the mosque, he’s standing instead of sitting down, so, he’s fit like any other human being. Any one from age 50, even 40 you can’t compare with a 60-year-old. All the chemicals in the body start breaking down.

“As to whether his knee issue will affect his job as President of Nigeria, I say no. What is required of whoever wants to rule Nigeria is somebody who can think; a deep thinker and like I said Tinubu has done this before as governor of Lagos State and he will do it again.”

“Onanuga continued: “Let me give you an example, when he was governor, there was this ocean surge, in fact, almost threatening to destroy the entire Victoria Island and the Federal Government in response, instead of looking for an enduring solution, they chose to be pouring sand inside the Atlantic, spending billions of Naira and of course, the Atlantic would come consuming the sands.

“So, anytime there is heavy rain Victoria Island will be flooded. Tinubu put his thinking cap that there must be a lasting solution and he got the solution that instead of just pouring sand there’s another route. His government did not only solve that problem, his solution led to the founding of a new city that they call Atlantic City out of the ocean.

“Some would say that could be a miracle of science because that’s a city that is even bigger than Victoria Island itself. America’s biggest consulate worth $400m is being built in that city and many corporate buildings are springing up. That’s a product of Tinubu’s ingenuity.

“By the time he came as governor, traffic was horrible. He introduced LASTMA, not only to solve the traffic problem; he looked at LASTMA as an avenue to create jobs. Over 40,000 people were employed.

“People who are new in Lagos will not remember that period when hills of refuse obstructed Lagos roads and LAWMA had to join in the efforts to remove the refuse from Lagos roads and that led to massive jobs for the unemployed people. It is like what he has been saying about security; that to secure Nigeria you have to expand the number of security personnel, not just improving security but also creating jobs. The same thing he did in revenue generation in Lagos.”

He added that When Tinubu came into power, Lagos’s revenue was so low to do anything meaningful, while the wage bill was more than the revenue being generated.

“He found a way to block the leakages, for the first time in Nigeria he brought in Oracle from the United States and what did Oracle do? Biometrics of all the workers and the first month after the biometric was done Lagos found out that the wage bill went down by N350 million. That helped to remove ghost workers from the payroll. Those things he did were copied by other states in the country,” he said.