Kim Kardashian Files To Become Legally Single, Restore Maiden Name Just Hours After Kanye Begged Her To ‘Run Back’ To Him 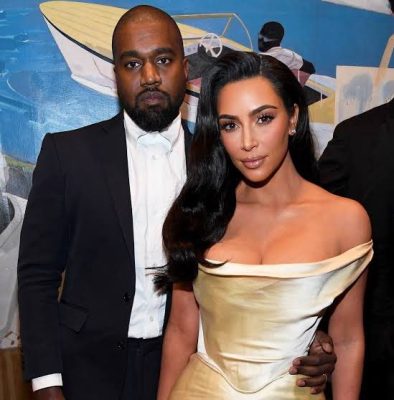 Kim Kardashian West has filed to be legally single and have her maiden name restored as the divorce process from Kanye Westcontinues.

According to TMZ, the 41-year-old SKIMS mogul filed the legal documents on Friday which will make her legally a single woman if signed off by a judge.

The most interesting thing is that Kim wants her maiden name restored which means dropping West despite her businesses like KKW Beautyand KKW fragrance using her initials.

She’s essentially asking the judge to separate issues of child custody and property from marital status.

The new development comes hours after Kanyebegged Kim ‘run right back to me‘ amid their divorce during a Free Larry Hoover concert on Thursday night which his estranged wife attended.

Kanye went on stage at L.A. Memorial Coliseum, and as he sang “Runaway” he ad-libbed over vocals at the end of the song to say, “Run back to me … more specifically, Kimberly.”

Kim, who is reportedly dating comedian Pete Davidson, attended the show, bringing the couple’s kids North and Saint to watch dad do his thing and give some family support.

Previously, Kim already taken one big step in figuring out the property side of things — buying Kanye out of their Hidden Hills Estate for $23 million.

However, there are still other property issues that are outstanding. Also, the former couplewill get joint custody and are committed to co-parenting.

Since the divorce proceeding began, Kim and Kanye have, for the most part, remained a united front when it comes to their kids and emotional support. Just days ago they attended a close friend and popular designer, Virgil Abloh‘s funeral together.

On Thanksgiving, Kanye also released a 5-minute-long video confessing to his issues with alcohol and times when he embarrassed Kim … including wearing a Trump’s MAGA hat.

Kanye has maintained Kim was “still” his wife in recent interviews, but this document would change that and make them legally separate entities.