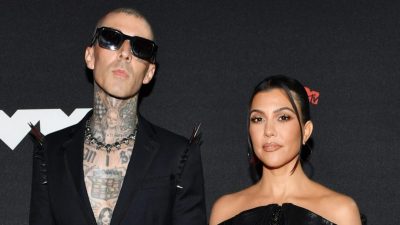 The reality star confirmed her engagement with pictures of the magical moment on Instagram just after the proposal. The image captioned “Forever @travisbarker” shows the couple embracing each other at a beachside hotel in Montecito, California, surrounded by rose petals on Sunday. 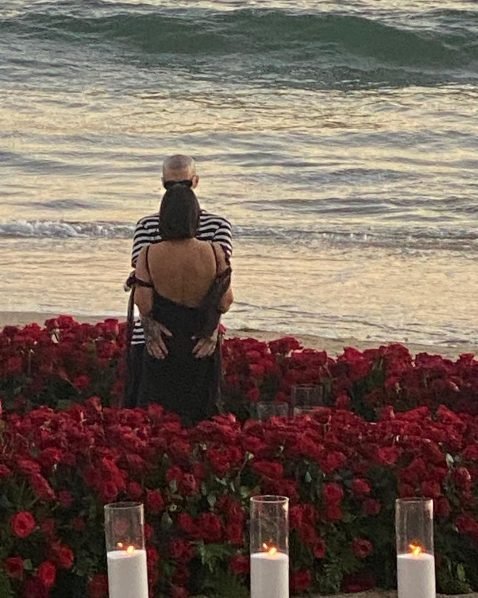 E! News reports that an insider informed them that the proposal took place during sunset at 6:30 pm. The eyewitness told E! News that momager Khloe Kardashian and boyfriend Tristan Thompson were present at the proposal.

“Kourtney looked very surprised to see Khloe and Tristan there,” the insider shares.

“Travis escorted Kourtney down to the beach, where he had red and white florals set up in the shape of a heart. It looked very romantic. I could see Kourtney smiling from ear to ear and put her hand over her mouth, looking surprised. The family cheered for them and went back into the hotel.”

Another source also confirmed that Kim Kardashian and Corey Gamble were in attendance, and the group had celebrated at a private area in the hotel’s restaurant.

The duo who began dating in January 2021 had been friends for years and went Instagram official in February 2021. Travis Barker had also made an appearance in the popular TV series ‘Keeping Up With The Kardashian’ long before they started dating.

The Kardashian sisters are more than excited about the news of Kourtney’s engagement to Travis Barker. Reacting, Kim Kardashian commented ring emojis under the post. On Twitter, she also posted a  video of the couple, captioned “KRAVIS FOREVER.” Kendall Jenner also posted a zoomed-in image of Kourtney Kardashian’s hand — and engagement ring — as she cupped Barker’s face.

This is Kourtney Kardashian’s first engagement despite dating Scott Disick for many years and having three children with him.

Nnamdi Kanu’s trial: Igbo lawyers insist he must be brought to court on Thursday