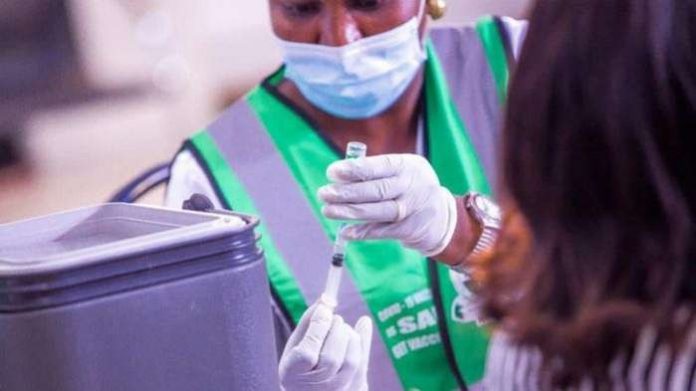 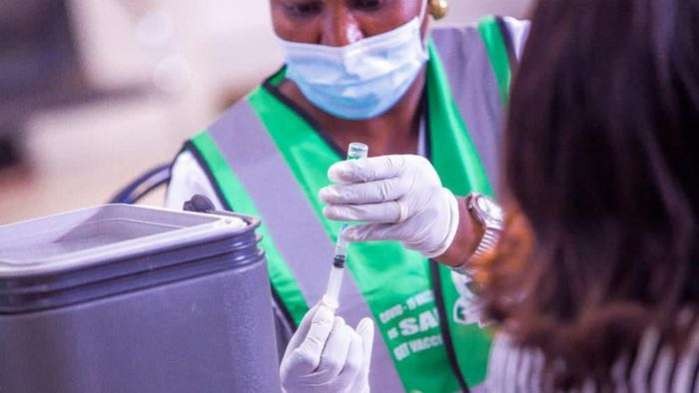 Nigeria has so far vaccinated 964,387 people in 36 states of the federation and the Federal Capital Territory (FCT), Abuja, against COVID-19, with Lagos State topping the chart with 164,434 people vaccinated.

Ogun State, which has so far vaccinated 52,462 persons, came second and followed by Kano State with 50,931 taking the jab.

In meantime, the Kogi State government yesterday commenced the vaccination after the receipt of the AstraZeneca COVID-19 vaccine.

According to the statistics from the National Primary Health Care Development Agency (NPHCDA), about 48 per cent of the country’s targeted population have taken the vaccine since it was rolled out early this month.

Meanwhile, the Kogi State government yesterday commenced the vaccination of people against COVID-19.

The state Commissioner for Health, Dr. Saka Audu, who launched the vaccination in Lokoja on behalf of the state Governor, Mr. Yahaya Bello, said there had been misconceptions about COVID-19 and vaccination in the state in the recent past.

He stated that no one would be denied the vaccine while the state government would not compel any individual to take the jab.

“I want to clarify that nobody is exempted or will be deprived of this exercise, also, nobody will be subjected to force vaccination exercise in Kogi State,” Audu said.

He added that the state government received about 16,900 doses of the vaccine, while another 16,900 of AstraZeneca/Oxford vaccine was being expected.

Audu commended Bello for his proactive measures towards protecting the lives of the citizens, and thanked him for making the vaccine available to the people of the state.

The vaccine was administered on the Executive Director, Kogi State Primary Health Care Development Agency (KSPHCDA), Dr. Abubakar Yakubu, who volunteered himself as the first person to take the jab, followed by the Chief Medical Director (CMD) Kogi Hospital Management Board, Dr Usman Zakari, and some medical officers.

The commissioner called on the people to volunteer for the AstraZeneca vaccine, saying nobody would be deprived or forced to receive it.

The commissioner said Bello’s initial opposition to the vaccine was in the best interest of the state, as a leader, the governor would not allow any calamity to befall his people.

He said no investigation on the spread of the virus was carried out before asking people to take measures on what was not known to them.

He added that though the pandemic was real in some places across the globe, some areas were not affected as was being circulated.

The commissioner appealed to the people not to misunderstand the sincerity of the governor’s utterances.

We Regret Losing Over 2,000 Nigerians To Covid-19 – Presidency