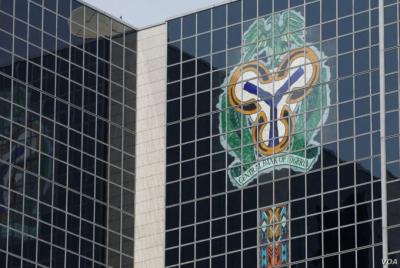 The Central Bank of Nigeria (CBN) says the country has recorded $2.4 billion in diaspora remittances through its ‘Naira 4 Dollar Scheme’ in 2022.In March 2021, the apex bank introduced the policy, which entailed the payment of N5 for every $1 received as a remittance inflow.Ozoemena Nnaji, director, trade and exchange department, CBN, disclosed this during the 33rd seminar for finance correspondents and business editors over the weekend in Lagos.She explained that throughout 2021, remittances recorded through the scheme were $2.9 billion, whereas eight months into 2022, Nigeria had already recorded $2.4 billion.“We have seen an increase in the Naira 4 Dollar in terms of remittances. For example, in 2021, we were able to record $2.9 billion of cash inflows, so far this year, we have recorded $2.4 billion. So, in half of the year, we have gotten almost what we got in the year 2021,” Nnaji said.“We have a component of remittances which include workers’ compensation, anyone that worked in Nigeria, even if you are a Nigerian but are paid in dollars because you work for an embassy or an international organisation, it is counted as a remittance.“So, there are so many components of remittances. But the component of inflows that came into this country so far, we are at $2.4 billion.”To improve the scheme, Nnaji said the CBN studied countries such as Pakistan that have implemented remittance policies.She added that the apex bank would continue to seek support from the ministry of finance, foreign affairs, deposit money banks (DMBs) and other agencies in implementing its remittance policies.“We have even had meetings with Pakistan, and we observed what they are doing is far broader than what is being implemented here in Nigeria,” she explained.“We are taking baby steps because we know we do not have the resources and the weight because it involves both the ministry of foreign affairs and the ministry of finance.“We are talking to some agencies to see how this can be replicated here in Nigeria, but that conversation has not gotten to a point of implementation.”  (The Cable)

NASA Calls Off Artemis I Rocket Launch To Moon