Nigerian media personality, Toke Makinwa has disclosed that she does not regret being barren at the age of 38.

Toke during her latest show, ‘Toke Moments’ said she is been pressured about childbearing and some of her friends had wished she had a child with her ex-husband, Maje Ayida.

According to the 38-year-old, many of her friends suggested that having a child before her marriage crashed would have been an achievement as it would have been ticked off her bucket list.

Toke Makinwa noted that not having children with her ex-husband was a decision because she didn’t want to have a child with different siblings adding it was a whole complex situation.

“I feel like I’m stuck in a phase where society is putting so much pressure on me right now.

I don’t regret the fact that I haven’t had any kids, I don’t.

I feel like I was in my building years, and if I had had a baby, I’m not saying I wouldn’t have been able to do it, but I also feel like I needed to put everything into building.

And now, I can welcome that.” 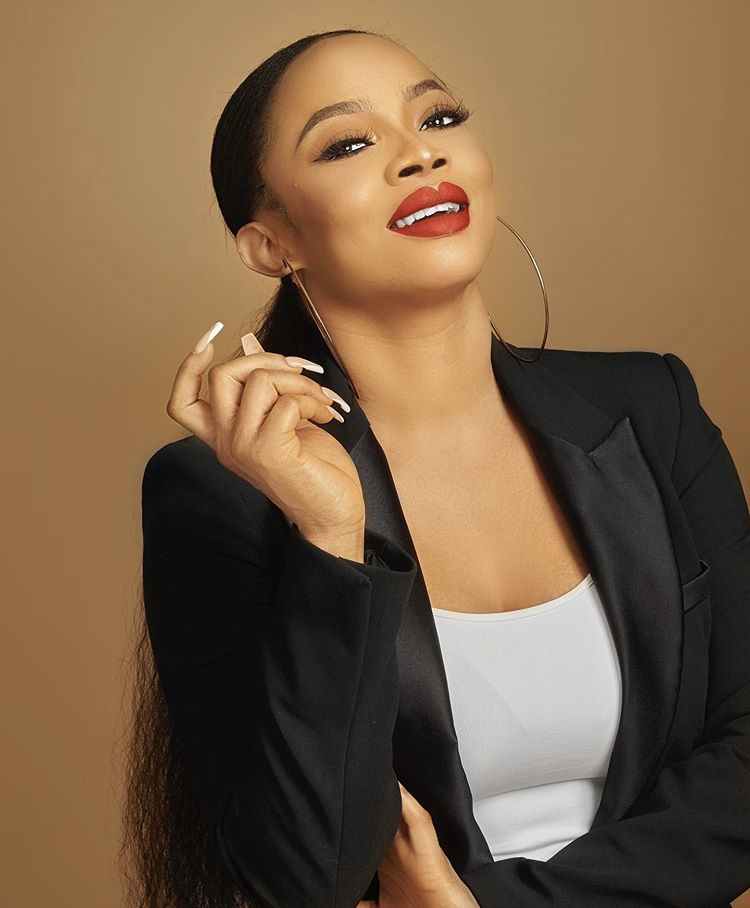 I’ve done it and moved on.

And sometimes, I find myself thinking “Ah, maybe should I have” but then when I really think about it.”

“For me the biggest thing in that situation was I just, I don’t think I wanted to have like my child having siblings in different [places].

It was too complex.

Like if it was just straight forward, then I would have been like sure, no worry, we can co-parent.

But then there are other children and at some point you can’t be selfish about not letting your kids not meet their other siblings. It’s just a whole complex situation.

$50,000 Shoot: Only Those Involved In Money Ritual Can Afford Your Fee, Portable Tells TG Omori