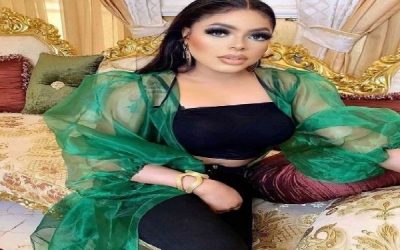 Popular cross dresser Bobrisky has stated that Big Brother made an awful selection of the male Housemates for this year’s show.

BBNaija season 6 ‘Shine ya Eye’ premiered on July 24, 2021 with viewers getting to familiarise themselves with the first eleven introduced male Housemates.

Bobrisky lashed at Big Brother for settling for less by choosing many “monkeys” out of all the dashing looking men in Nigeria.

BBNaija: I never thought I would be loved, accepted — White…

“Queen in the mud” – Reactions as Whitemoney shuns Queen,…

Shine Ya Eye Housemates Visit BBNaija House For The Last…

Read Also: BBNaija Shine Ya Eye: Saga, Boma lead early morning workout
According to the Instagram personality, only two guys are cute in this edition.

They, according to her, include Pere, the natural born drama king and fourth to make it into the house and Cross, a fitness centre and spa owner and the eleventh introduced Housemate.

Bobrisky however keeping his fingers crossed hopes to see even prettier female Housemates as they would be unveiled tomorrow.

He wrote: “So out of all the fine boys in Nigeria big brother go select many monkeys.

“Just two guys in the house are cute. D rest I don’t understand them.