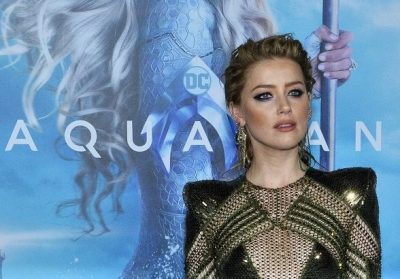 A petition to remove Amber Heard from ‘Aquaman 2’ has hit over 3 million signatures.

The sequel, in which the actress stars as Mera, Jason Momoa (Aquaman’s lover), finished shooting earlier this year.

James Wan, the movie’s director, said the film was wrapped up in January, with ‘Aquaman 2’ set for release in March 2023.

On Monday, the petition seeking Heard’s removal from the sequel crossed over 3,034,967 signatures — as of the time of this report.

It was set up by fans who claim Heard “crusaded to ruin Johnny Depp in Hollywood” since the couple divorced in 2016.

“Since Heard’s divorce from Johnny Depp, she has systematically crusaded to ruin Depp in Hollywood, repeating multiple accounts of fake incidents in which she had actually abused Johnny Depp,” the petition read.

“[She] lied and created false accounts of him being the abuser. As Amber Heard is a known and proven domestic abuser, Warner Brothers and DC Entertainment should and must remove Heard from their Aquaman 2.

“They must not ignore the suffering of Heard’s victims, and must not glamorize a domestic abuser.

“Men are victims of domestic abuse, just like women. This must be recognized, and action must be taken to prevent a known abuser from being celebrated within the entertainment industry.”

Depp’s lawyers had earlier argued in court that Heard concocted a victim role despite being the abuser.

The actor had sued Heard for defamation, accusing her of “name-calling” that often escalated into physical violence.

Depp’s defamation suit went to a trial, starting in Virginia on April 11 with jury selection.

The actor said a 2018 domestic violence piece written by Heard in The Washington Post implied he was abusive.

Heard didn’t name the actor but Depp’s lawyers said her allegations made it difficult for him to land acting roles.

I support IPOB’s agitation…. but I won’t condone violence – Wike