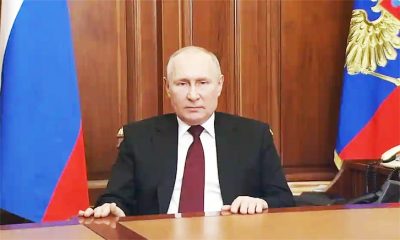 Russia’s current-account surplus more than tripled from last year after notching record levels since the invasion of Ukraine, as declines in imports combined with booming revenues from energy and commodity sales abroad.

The surplus in the current account, the broadest measure of trade and investment flows, widened to almost $167 billion in January-July, compared with just over $50 billion during the same period a year earlier, the Bank of Russia said in a preliminary estimate published on Tuesday.

The proceeds have become a critical source of hard currency for the Kremlin since the invasion in February. A collapse in imports, driven in part by international sanctions over the war, has contributed to the surplus. It reached a preliminary $138.5 billion for the first six months of 2022.