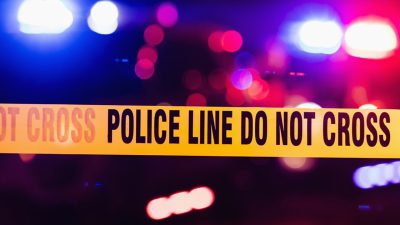 South Africa has experienced a “deeply disturbing” increase in rape and murder, partially explained by deadly riots in July, the police minister said on Friday.

“Among the many other factors that contributed to the increase in murders, was the July unrests which affected mostly the KwaZulu-Natal province and Gauteng,” he said.

At least 350 people died four months ago when riots and looting, sparked by the jailing of former president Jacob Zuma, degenerated into wider unrest driven by South Africa’s staggering levels of inequality.

In KwaZulu-Natal province, which suffered the brunt of the violence, the number of murders rose 44.4 percent, to 1,744 cases.

The number of reported rapes also increased 7.1 percent, to 9,556 cases, the majority committed in the home of either the rapist or the victim.

“Almost 10,000 people being brutalised and sexually violated in just three months in South Africa is a disgrace and deeply disturbing,” Cele said.

South Africa is one of the most violent countries in the world, with a murder on average every 25 minutes, and 115 rapes reported daily. (AFP)

Allowing Kanu make his case in court is a favour — Buhari

One Killed As South Africans Protest Against High Cost Of Electricity

Ghana to issue e-visas by end of year