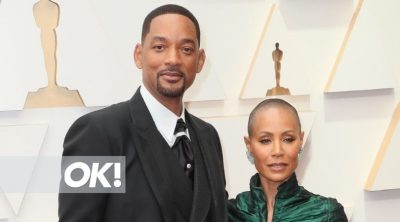 Will and Jada Smith may be facing what’s being described as “one of the ugliest divorces in showbiz history”, according to reports.

It’s believed tension has allegedly grown between the pair following Will’s explosive actions at the Oscars last month where he slapped Chris Rock across the face for making light of Jada’s shaved head.

After he hit the comedian, Jada is thought to have been seen laughing from her seat. She later broke her silence and shared a cryptic post on Instagram where the mum-of-two said it was the “season of healing”.

While Will, 53, publicly apologised to both the Academy and Chris for his very public outburst, it’s thought to have put a strain on his relationship with his 50 year old wife.

A source told Heat Magazine: “Ever since the Oscars scandal, tensions between them have been palpable.

“There have been problems for years, but they’re barely speaking right now. If they were to split, Will has a fortune of $350million that Jada would be entitled to half of under Californian law.

“It could be one of the ugliest divorces in showbiz history and drag on longer than Angelina’s and Brad’s did.”

They added: “Will obviously doesn’t want that, but there is only so much he can take.”

OK! have approached Will and Jada’s reps for comment.

Following his actions at the awards last month, Will has received a ten-year ban from the Oscars – however, it was ruled that the Suicide Squad actor was allowed to keep the award he won on the night for Best Actor.

Prior to the announcement, Will issued a lengthy statement where he apologised for slapping Chris.

“Violence in all of its forms is poisonous and destructive,” he began.

“My behavior at last night’s Academy Awards was unacceptable and inexcusable. Jokes at my expense are a part of the job, but a joke about Jada’s medical condition was too much for me to bear and I reacted emotionally.

“I would like to publicly apologize to you, Chris. I was out of line and I was wrong. I am embarrassed and my actions were not indicative of the man I want to be. There is no place for violence in a world of love and kindness.”

“I would also like to apologize to the Academy, the producers of the show, all the attendees and everyone watching around the world,” Will went on.

The father-of-three also apologised to the Williams family after he won the award for Best Actor for the portrayal of Venus and Serena Williams’ dad in the film King Richard.

‘He Signed His Name On My Breast’ — Alleged Yabatech Lecturer, Omotosho Akindele’s Victims Speak Out