Will Smith Says He And Jada Pinkett Practise An Open Marriage 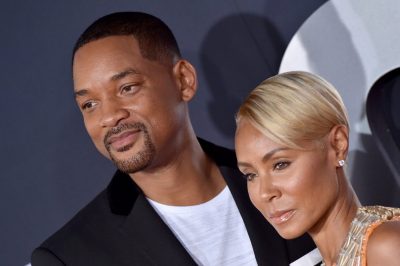 Will Smith has said that both he and his wife Jada Pinkett-Smith have had sexual relationships with other people during their marriage.

Last year, the couple’s marriage experienced public scrutiny after rapper August Alsina claimed that he had engaged in a relationship with Jada with Will’s permission.

Jada initially denied the claims, but when she and Will took part in an interview for her web show Red Table Talk, she said that an “entanglement” had occurred.

In a recent interview with GQ, Will admitted that while their marriage was initially monogamous, they later decided to open it up after they were “both miserable and clearly something had to change”.

He also said that while the conversation surrounding Alsina had focused on Jada, both he and his wife had engaged in other sexual relationships. In his words:

Jada never believed in a conventional marriage. Jada had family members that had an unconventional relationship. So she grew up in a way that was very different than how I grew up. There were significant endless discussions about, what is relational perfection? What is the perfect way to interact as a couple? And for the large part of our relationship, monogamy was what we chose, not thinking of monogamy as the only relational perfection. We have given each other trust and freedom, with the belief that everybody has to find their own way. And marriage for us can’t be a prison. And I don’t suggest our road for anybody. I don’t suggest this road for anybody. But the experiences that the freedoms that we’ve given one another and the unconditional support, to me, is the highest definition of love.

This explains the reason they decided to speak publicly about what had gone on in their marriage years ago on Jada’s Facebook Watch show, deciding “that authenticity was the release from the shackles of fame and public scrutiny.”

However, Smith understands that changing the narrative about yourself as a celebrity is also an almost impossible feat.

“The public has a narrative that is impenetrable,” Smith said. “Once the public decides something, it’s difficult to impossible to dislodge the pictures and ideas and perceptions.”

Kaduna to shut down telcos over insecurity

2023: Expectations, Doubts As Jega, Utomi, Others Mobilise Against APC, PDP