Global COVID death toll at lowest in almost a year, says WHO 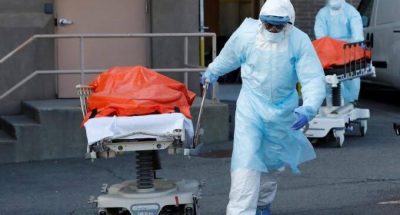 Oct 25, 2021
The World Health Organisation (WHO) says the death toll from COVID-19 is now at its lowest level in almost one year.

Speaking on Wednesday at a media briefing in Geneva, Tedros Ghebreyesus, WHO director-general, said although the deaths are now at its lowest level, the numbers are still unacceptably high.

“The number of weekly reported deaths from COVID-19 continues to decline, and is now at the lowest level in almost a year,” he said.

“But it’s still an unacceptably high level – almost 50,000 deaths a week, and the real number is certainly higher.

“Deaths are declining in every region except Europe, where several countries are facing fresh waves of cases and deaths. And of course, deaths are highest in the countries and populations with the least access to vaccines.”

As of Wednesday, more than 238 million COVID cases had been recorded worldwide, including over 4.8 million deaths, according to WHO.

The director-general said 56 countries, who were excluded from the global vaccine marketplace, were not able to reach the target of vaccinating 10 percent of their populations by the end of September.

He added that most of the countries are in Africa.

“Even more countries are at risk of missing the 40% target by the end of this year,” he said.

“Three countries – Burundi, Eritrea and the Democratic People’s Republic of Korea – have yet to start vaccinations.

“About half of the remaining countries are constrained by supply. They have a vaccination programme underway, but don’t have enough supply to accelerate enough to reach the target.”

Pastor Rapes A Minor, Attempts To Use Her Virgina Blood For Ritual (Video)