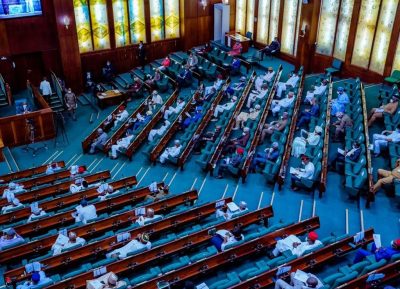 A bill seeking to empower Nigerians to sue the government for not providing basic welfare suffered a setback at the house of representatives on Wednesday.

Sponsored by Sergius Ogun, a lawmaker from Edo, the legislation seeks to amend section 6 of the constitution to allow the judiciary to entertain cases on the provision of basic welfare as contained in chapter 2.

Section 6 (6c) of the constitution provides that “the judicial powers vested in accordance with the foregoing provisions of this section shall not, except as otherwise provided by this Constitution, extend to any issue or question as to whether any act or omission by any authority or person or as to whether any law or any judicial decision is in conformity or otherwise with the Fundamental Objectives and Directive Principles of State Policy set out in Chapter II of this Constitution”.

Chapter 2 of the constitution has 12 sections — 13 to 24 — and contains the social, economic, cultural and political rights of the citizens.

Leading the debate on the bill, Ogun told his colleagues that section 6 of the constitution prevents the judiciary from entertaining cases on compliance with chapter two.

“This amendment when passed into law will enable the courts of law in Nigeria to hear and determine questions as to whether the fundamental objectives and directive principles of state policy are being adhered to or otherwise,” he said.

“This will in turn put the relevant organs of government under an obligation to ensure that the socio-economic rights of Nigerian citizens are provided for not just in principle but in practical, tangible and verifiable terms.

Contributing to the debate, Muhammed Monguno from Borno, said the bill will add to the burden of the judiciary and its implementation will be difficult.

Monguno said if allowed to scale through, the bill will cause chaos as no state has the capacity to implement the provisions of chapter two of the constitution.

Also speaking, Nicholas Ossai, a lawmaker from Delta, appealed to colleagues to allow the legislation to scale through while further legislative work will be done at the committee stage.

The bill was rejected when it was put to a voice vote by Idris Wase, deputy speaker of the house. (The Cable)

Tinubu afraid to speak on restructuring because of his 2023 ambition, says Clark