South-East Will Vote Massively For Tinubu In 2023 – Bosun Oladele 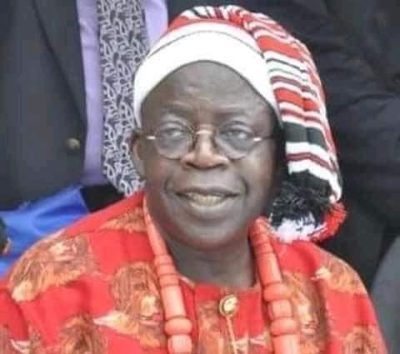 Hon. Bosun Oladele, is a former member of the House of Representatives who represented Irepo/Olorunsogo/Orelope Federal Constituency of Oyo state from 2015 to 2019. Also a former Commissioner of Information in Oyo state, the chieftain of the ruling All Progressives Congress (APC) is the National Secretary of South West Agenda for Asiwaju 2023 (SWAGA), a group of former and serving lawmakers rooting for the emergence of Asiwaju Bola Tinubu as President in 2023. In this interview with TEMIDAYO AKINSUYI, he speaks on the planned one million walk for Tinubu and other issues. Excerpts:

How are prepared is your group SWAGA’23 for the forthcoming one million walk for Asiwaju Bola Tinubu’s presidential bid slated for Ibadan, the Oyo state capital on December 1st?

As SWAGA’23, our objectives are very clear. We are at the fore­front of asking and persuading Asiwaju Bola Tinubu to contest the 2023 presidential election. Be that as it may, we are also at the forefront of identifying the chal­lenges on the way of such interest and how we can address them, le­veraging on the people, our tra­ditional institutions and the vast network that Asiwaju Tinubu al­ready has. If we are talking of a group, for now we only know of our own group (SWAGA’23) be­cause we have our plans well laid out and the implementation has been very awesome. The accep­tance has been humongous. We are sticking with our own plans. For us, a one million march or whatever name it is called would be a distraction from our set goals and implementation plans. We have gone from state launch, now to local government launch and inauguration. It is when we finish the local government inaugura­tion, that is when we can move to the next stage which will be disclosed to the public later. We have affiliates all over the coun­try. We have in the North; in the South-South such as Akwa-Ibom and Delta. The only thing we have in common with our affiliates is the logo of SWAGA’23 which is unique in its design and colour. So, if we follow those who have their group and that logo, we will easily identify that these are SWA­GA affiliates. We are not in pop­ularity competition or a contest with any group. Every group agi­tating for Asiwaju Tinubu are free to do their own thing in whatever way they like. We are not the li­censing authority. We are not also the clearing house. What we are saying is that as at now, no oth­er group has contacted us at the leadership level of SWAGA’23. We are not involved in the one million march. If we have any such plan in the nearest future or as part of a long-term plan, definitely, in our own manner of doing things, Nigerians will know.

In essence are you saying you will not be participating in the one million march being organised for Tinubu’s presidential bid?

I am the National Secretary of SWAGA’23. I can tell you authori­tatively that nobody has contacted the Central Working Committee of SWAGA ’23 as a body. Nobody has contacted any of our affiliates and even if we are contacted, we will have to consider it at that lev­el. We don’t rush into taking de­cisions, especially when it is not our idea or part of our plans from the onset. But we are not stopping those group or any other group from doing whatever they want to do in promoting Asiwaju Bola Tinubu. He is our principal and he is the person we are working on to declare his interest in Nige­rian presidency. So, we will stick with our own plans.

If you are not contacted as you claimed, why then do you think this group listed SWAGA as one of those partici­pating in the rally?

SWAGA is a foremost group in the advocacy for Asiwaju Tinubu’s presidency. Not only that, that is the homebase group carrying the message of Asiwaju Tinubu, ap­pealing to the consciousness and conscience of the south-western Nigeria, our traditional institu­tions and ordinary people on the streets. So, we will continue to do that as a credible and foremost po­litical pressure group.

There is the belief that SWAGA is only strong in the South West. How true is this ?

Yoruba people have a saying that ‘charity begins at home’. We deliberately started from our base, which is the South-West. I have mentioned Akwa Ibom stakeholders for Asiwaju Tinu­bu. I have also mentioned the support group from Delta state that is affiliated to SWAGA. I can tell you that a group is coming up in Abuja. I can also tell you that there is also the Diaspora aspect of SWAGA springing up in Eu­rope, UK and the USA even South Africa. We are in contacts with people across the globe who are interested in this project. The Akwa Ibom Stakeholders for Asi­waju Tinubu, a formidable group in Akwa Ibom and the Delta state chapter will be inaugurated very soon. There is also the Kwara state chapter that is coalescing and forming as we speak. Anoth­er affiliate in Abuja will also be unveiled very soon. The Evolving Women in Politics are also part of our affiliates in SWAGA. So, all these groups are there. That is why we started early. 2023 is still far away but it is near. We are not resting on our oars yet. At the fullness of time, all these groups will be unveiled for the world to see. I can confidently tell you that we have presence across the divides.

How popular is Asiwaju in the South- East. If he contests in 2023, do you see Igbos voting for him?

Asiwaju is the only governor or political office holder that has appointed people into key posi­tions in the government of Lagos state. he appointed people from the South East into his cabinet. I stand to be proven wrong but the records are there. So, if there is any other governor that has done that, let them showcase it. Asiwa­ju Tinubu is a friend of Nigerians, including the South Easterners. Forget about what the naysayers and those involved in campaign of calumny are saying about him, Asiwaju is a completely detribal­ised Nigerian. If he declares for presidency and contests, all Ni­gerians, including the people in the South-East will vote massively for him.