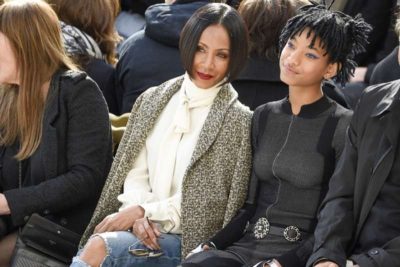 Despite husband Will Smith‘s recent Oscar’s controversy, Jada Pinkett Smith appears to be going from strength to strength, as she announced her Facebook Watch show Red Table Talk has been nominated for four Daytime Emmy awards.

The mother-of-two hosts the show alongside her daughter Willow Smith and revealed the exciting news on her Instagram account.

Captioning the post she wrote: “We are so deeply grateful to the entire RTT family for all your hard work and to our RTT community for your undying support.

“We love what we do, so a big thank you to all the members of NATAS for this acknowledgment. We deeply appreciate it.”

In the post, the actress shared a photo of her Red Table Talk team which displayed the fabulous news.

The 50-year-old also shared a photo of Red Table Talk: The Estafans, which is a spin off of the hit talkshow, hosted by Gloria, Lili and Emily Estafan, revealing their show has also been nominated for three Daytime Emmys.

Both shows have been nominated in the “Outstanding informative talk show” category.

The exciting news sheds some much needed light on the Pinkett-Smith household, after Jada’s husband, Will Smith has had a major project cancelled since slapping Chris Rock at the Oscars.

The Men in Black actor has had a number of his projects paused following the shocking incident and now it has been confirmed his comedy series This Joka has been cancelled.

The show was featured on streaming platform Roku and produced by Will and wife Jada’s, Westbrook Studios.

According to Deadline: “Deadline understands that the decision had nothing to do with the Oscars incident, where Smith slapped comedian Chris Rock on stage, but a somewhat unusual issue with timing.”

Other projects including films with Netflix and Sony have reportedly been paused. Apple TV+ have declined to comment on their Emancipation which is due to be released this year.

Following the Oscars incident, Will has been banned from any Academy events for the next decade.

The father-of-three, who received a standing ovation on the evening and won the Best Actor accolade for King Richard, responded: “I accept and respect the Academy’s decision.”