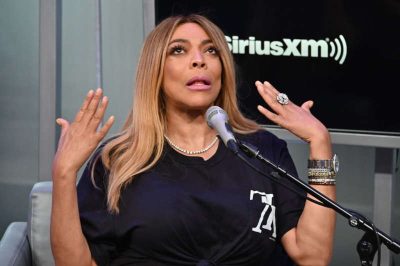 Though she didn’t share details, Williams confirmed that she had recently tied the knot with her new husband, who is a New York Police Department officer named Henry.

She didn’t dish any further on her nuptials, but she was thrilled to finally break the news about her husband to a good friend.

The mother of one also shared that she asked her entire team to keep her family away from her with the exception of her 21-year-old son, Kevin Hunter jr.

Amidst her great news, the 58-year-old admitted that she was still dealing with financial stress.

Aside from this little sour patch, Wendy Williams noted that she’s trying to stay positive, even as she deals with the family drama as well.

Wendy was married to her manager husband, Kevin Hunter, for over two decades, before ending it after Kevin began seeing another woman with whom he welcomed a child.

The woman was Kevin’s mistress for 15 years.

Wendy and Kevin’s marriage produced a son in 2000.

I was born with sickle cell – Adekunle Gold